1982 when I was pregnant with Stephanie.  I’d never had more than a cheeseburger and small fry at a fast food, but Dave insisted I try it and I LOVED it!  I actually got addicted to them.  Now I just get Whopper Juniors, but, mmmm…charbroiled!

NEVER!  Two-all-beef-patties-special-sauce-lettuce-cheese-pickles-onions-on-a-sesame-seed-bun?  It’s the onions.  I cannot take them, plus McDonalds?  Ick.  And-I consider this the one thing that makes me unique in any way.  I have never had a Big Mac.  And I never shall.

I don’t say that nearly as much now – to the great concern of my grandchildren who have asked their parents, “Why doesn’t Nonna go to church?”  And to the amusement of Rocky and Tristan who said to me a few weeks ago when I arrived on a Sunday morning, “Good to see you here.  This is the result of a lot of people praying.”  Yuk-it-up, boys.

I was a senior in high school.  I went back to Louisiana after our family had moved to Gary, Indiana because my HS credits didn’t transfer correctly and they were going to make me go all year long.  So I finished up back in Hammond.  I hung out with Cheryl Bardwell.  And Ginger.  I met a guy I almost ended up marrying (breaking it off 3 weeks before the wedding is “almost” right?) and I had my first taste of living far away from Ross-the-Boss, Mrs-Moss and the-rest-of-the-Little-Landers.  I worked at The Sonic Drive-In for 1 day and finished high school.

First poem I ever wrote

3rd grade.  I started young.  They were 1 1/4″ high, navy blue with a cute bow.  The first of many.  I do not love all shoes like some women, but when I love them, when I have formed the strong emotional connection, they will forever remain in my heart.  I will know where I was was when I got them, what the occasion was for looking and the special places they carried me.  Oh, yes, I will.

First…(you may not want to know)

Ok, disclaimer.  If you are easily embarrassed, don’t read this girly fact.  My first period (as in menstrual, not high school schedule) started on David Cassidy’s 21st birthday.

2 1/2 years ago.  I said to him, “Seriously?  I am 47 years old and I have never had a ticket!” very decidedly implying he was not going to get away with giving me one because of my very clean record.

The officer very coolly replied, “Only Jesus was perfect.”  How did he know that was the one thing I wouldn’t argue with?  I still totally disagree that I was going 32 mph over the speed limit.  Totally.  Disagree.

Working at the church day care center watching pre-schoolers.  Unless you count babysitting church people’s kids as a young teen.  Which really wasn’t much more money than I’d made gathering sparkly rocks from a shared alley and selling them to my neighbors for candy money when I was 7.  So that was it, I guess.  Selling rocks.

First movie in a theater

“Gone With the Wind.”  I got in so much trouble.  It was a school trip tied in with our Civil War series in Social Studies.  And I wasn’t allowed to attend movies (church rules, you know), but I did and doggone it if a man from church didn’t see me and tell my dad.  Big trouble.  But I don’t regret going now.  I so appreciate the accuracy with which the Civil War was depicted, the raw and realistic portrayals of Rhett and Scarlet and how I still look at nice drapes for the amazing outfit I might be able to get out of them.   Yes, I attribute my above-average resourcefulness to “Gone with the Wind.” 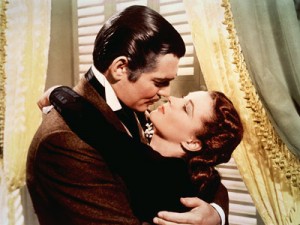 Jimmy Green behind the North Pine Church of God in Davenport, Iowa.  1972.  And for you inquiring minds?  I kissed him.  He didn’t know what hit him.

First time in the mountains

First time in the ocean

Spring 1977.  My dad let us skip school and we drove to Gulfport, Mississippi (Let your love flow…was playing on the radio) where I remember beautiful white sandy beaches and an ape that spat on my sister in some gas station animal viewing place.  Good times.  And yes, the Gulf counts – it is still part of the Atlantic.

The First Time Ever I Saw His Face

August 1978 when I first went to Northwest Bible College.  I met him by the fountain and he was very shy and I liked to tease him about the girls he liked so I could see his dimples.  Though we wrote friendly letters for a couple of years, he didn’t officially ask me out until May 26, 1981.  It took him awhile.  But we got married less than 2 months after the first date, following the Biblical admonition that it is better to marry than to burn.

November 29, 2006.  It was so scary.  I was afraid to hit the post button.    I was afraid to say anything because some one might actually see it.  But after about 4 or 5 months, the graphomaniacal tiger in me had been released, never to be recaptured.  And on it goes.  Everything and waaaaaaay more than you can possibly believe is Mod-Podged onto the collage that is my thought collection.