Finally – it is going to live and grow to be and do that for which it was created.

Poor little plant.  I almost yanked it out and threw it away last week.  But it has apparently finally established.  It got its’ first flower yesterday, already dropped.  Soon it will give me a beautiful baby-zucchini. 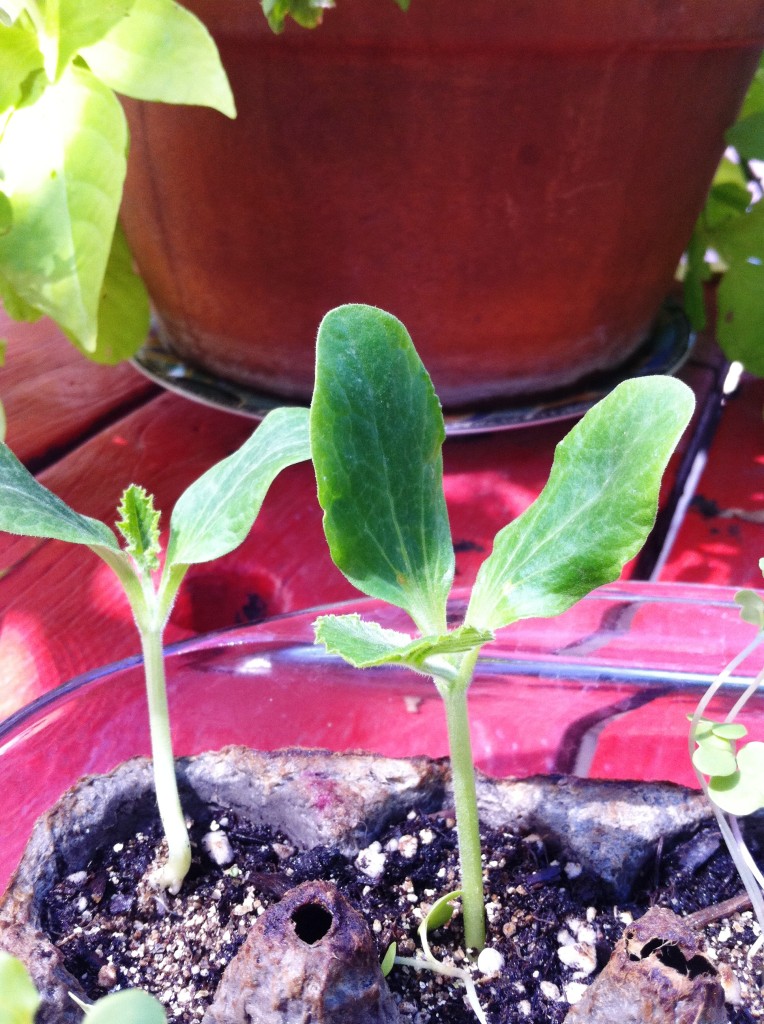 In the nick of time, too, for last Tuesday, I went ahead and started 2 new zuch-plants and they already sprouted and got their first real leaves.  They are raring and ready to be planted wherever, and though it is a bit late for warm-weather plants to be just getting started, they grow so fast in current conditions.  If we have a mild fall, I could be eating fresh zucchini for months.

The 2 seeds tale, though… 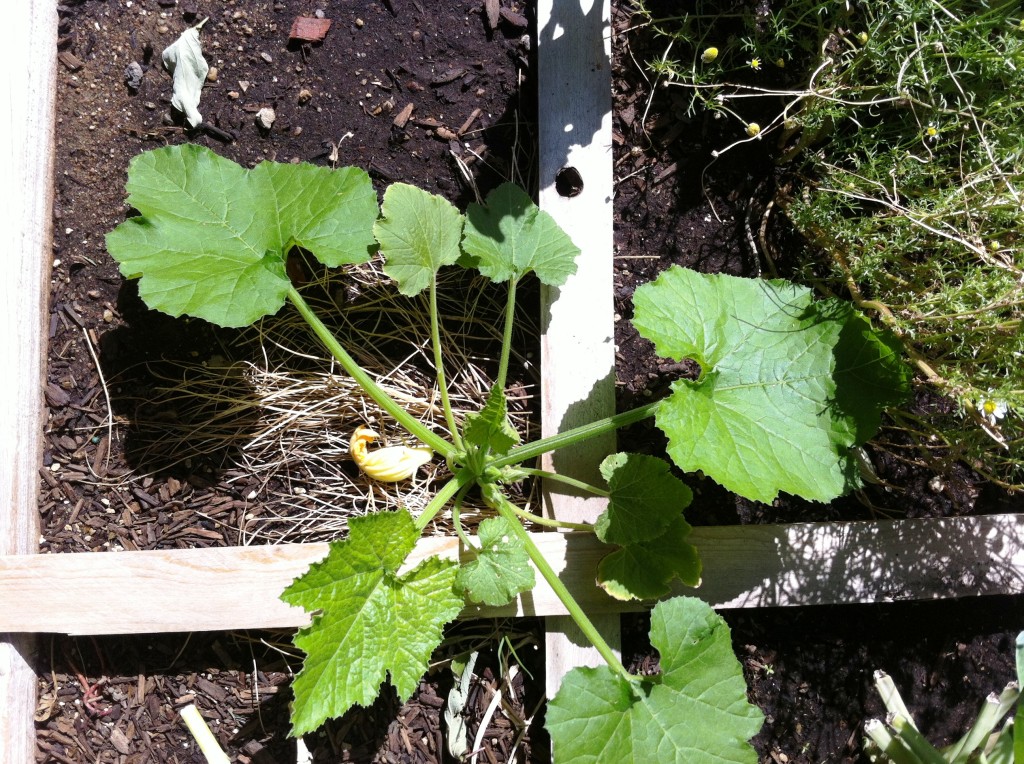 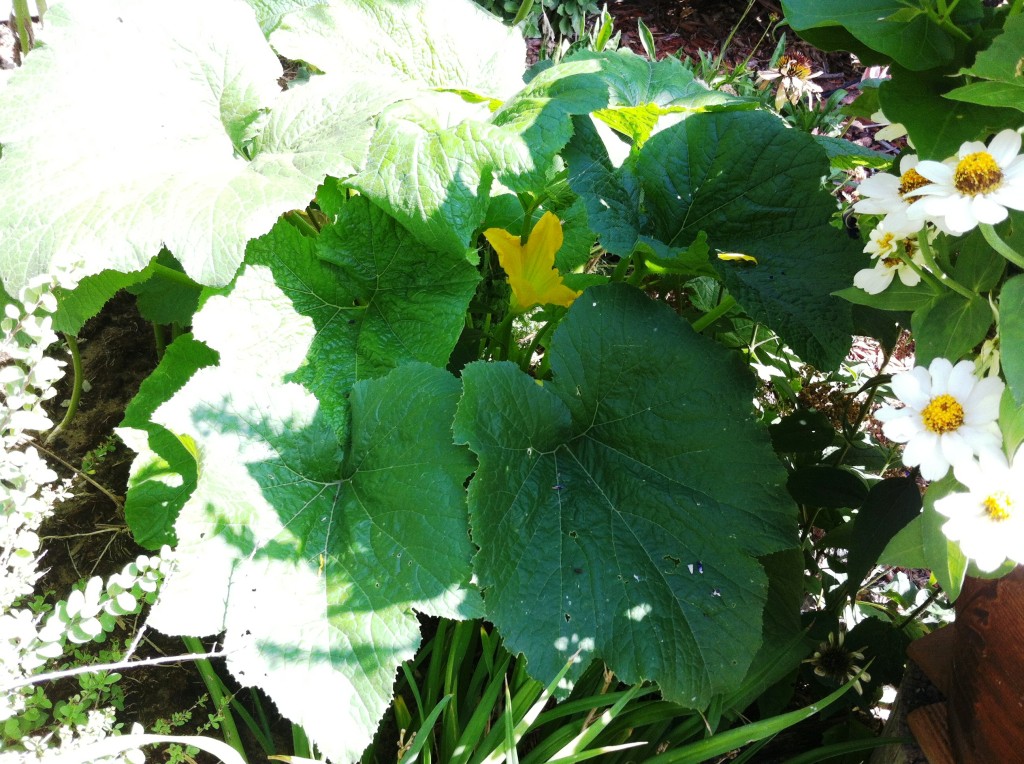 were started at the same time.  And this is how they look today.  The top one is still so little, finally just getting nice, healthy-looking leaves.  The other has already been giving me beautiful fruit and thriving and growing and making happy, even though, quite by accident, it ended up in the sunflower patch, a place really too shady for it to have grown up so full and free.

What has made the difference?

They were planted the same day.  They are from the same seed package.  They germinated within hours of one another.  But one is healthy and strong and happy and fruitful.  It got planted in some rich soil, mounded up behind some shrubbery where I was placing the sunflower seedlings.  It established itself early, got strong and took root and reached high to find the sun.  It apparently made friends with the flowers and created a nice little ground cover for various perennials round about.  All the plants there are quite relationally content and mutually encouraging, all growing well.

But the little one – a different path.

First, I left it in the egg carton in which I started it too long.  It was “born” healthy.  It germinated quickly and grew well and had lovely leaves and all the potential.  But I ran out of space and needed to wait until some of the cold-weather crops were finished so I could plop it into the 9 square feet of space it would need to become everything it was meant to be.

So, while it grew as much as possible, the roots ran out of room.  The soil couldn’t support them and it dried out quickly between the daily waterings.  The leaves reached out for sunshine, but became leggy and long, un-planted in a deep-rich-soil place.  It tried to get what it needed, but became scraggly and “anemic,” yellowing leaves betraying a gardener’s neglect.

Realizing I needed to do something until the garden square had space, I got some good potting soil and planted it in terra-cotta container.  Some color returned – it started to look a little stronger.  It was there for a few weeks, still very small compared to the deeply rooted plant across the yard.  But alive, if you could call it that – in temporary quarters, unable to fulfill its’ purpose…

When finally I had begun to remove the cold-weather crops from the garden square, I pulled the squash-plant from its’ pot and placed it into the side of the garden where, as it grew, more plants would be leaving to create space, but it just sat there.  It did nothing, but look deathly ill.  It was yellow and stringy and lifeless.  The leaves sprawled onto the ground.  I surrounded it with soft straw to blanket and give warmth.  I brewed compost tea and watered it carefully. I watched and waited and waited and watched.

And it seemed hopeless.  So, I decided to plant new seedlings for replacement.

But in the same week, the conditions have changed and in the hot sunbeams of the day and the afternoon rains from the skies, the roots have finally trusted the space and plunged deep into the rich soil and have tasted the healing tea and established.  And being firmly established, this zucchini plant will now be everything it was created to be and do all it was created to do. 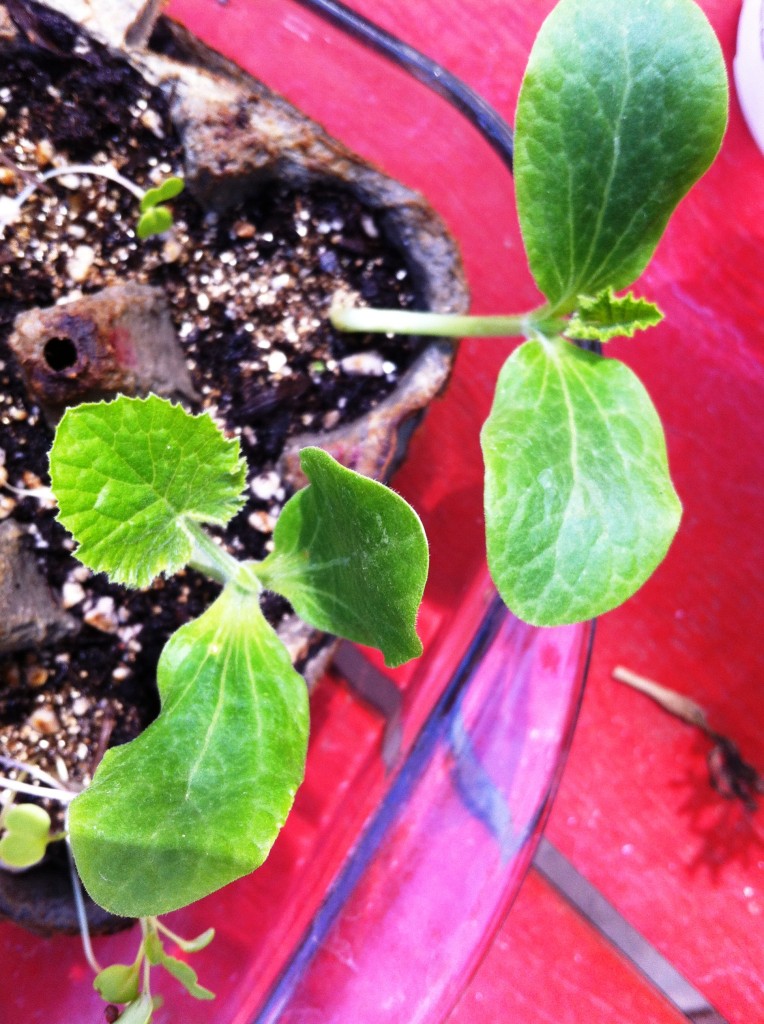 The lesson from this tale:

Rootlessness will stunt all growth.  Being uprooted and moved and moved and moved will keep a plant {{or a person}}, from thriving.  They’ll be anemic and taxed beyond their ability for having tried so hard to stay alive in spite of poor soil and growing conditions.  So then, even when they are planted safely, they may not respond for a while.  Their roots may not recognize the safe place yet, the true home.  It will take some time.  Hot sun will be needed, and pure rain.  Extra nutrients would be good and space and ~ time.  It will absolutely take time – this cannot be rushed.

So even though I didn’t do right by this plant and almost killed it in the uprooting, it is now establishing, planted by the waters of good care, and when the other zucchinis have finished producing and run their course, this one will still be going – because it will be fulfilling its’ destiny, everything it was created to be and to do.  Just a little later than “normal.”

The great hope:  If you have been moved around, neglected and uprooted repeatedly, if you are weak from lack of nutrients and care, it is not too late to be everything God imagined when He created you and here is my prayer: 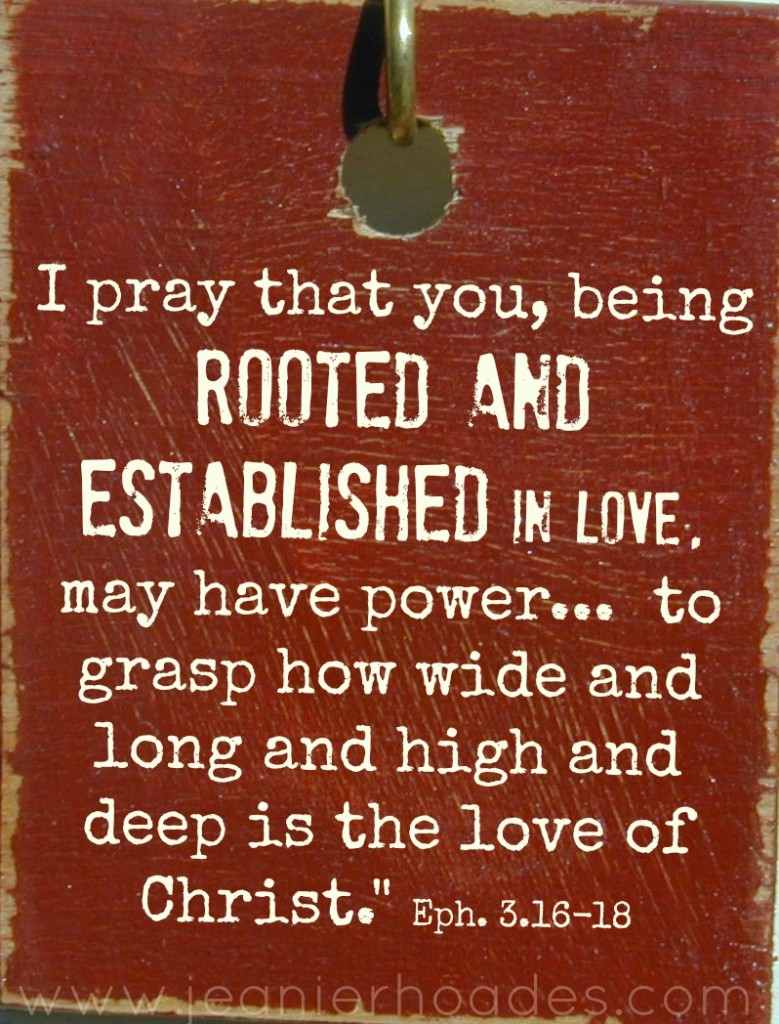 I wrote this in my journal in February (when he was just one month old):

Malakai is thriving.  Growing.  Getting healthy and robust.  Love is causing life. 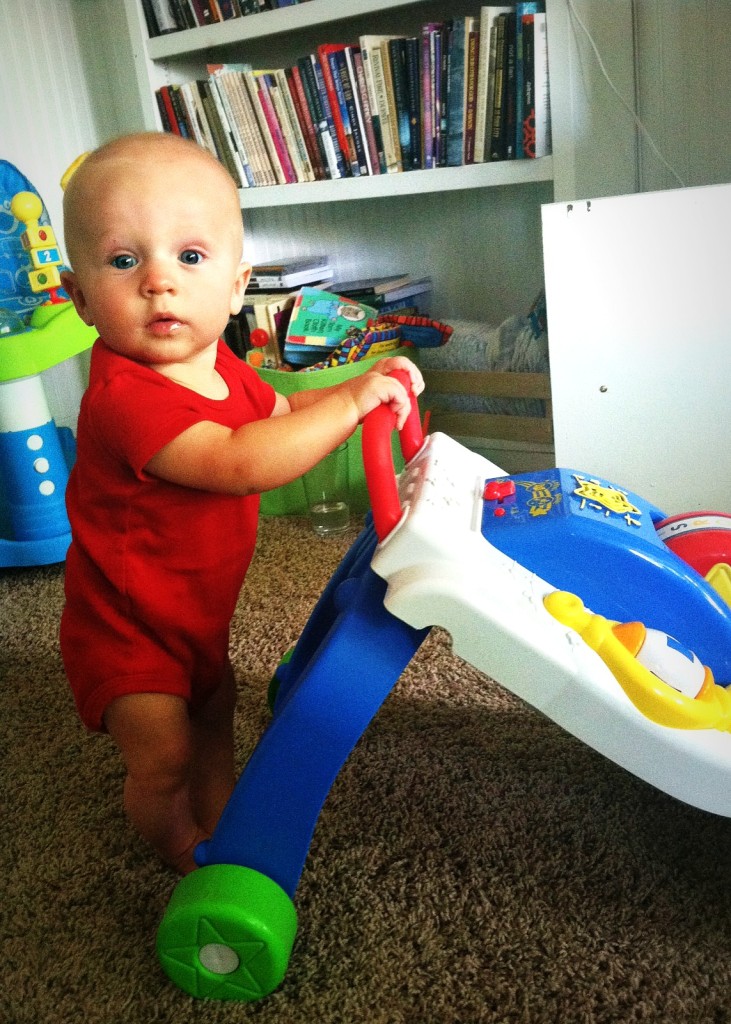 He hasn’t started crawling yet (though he does creep about) but that is because, at barely 7 months, he wishes to begin running.  He loves being up on his feet, high-stepping it whenever anyone will help him go.  He is happy and healthy and whole.  His roots are planted deep into the good soil of a loving family and home.  And being rooted and established in a safe place will always cause him to thrive.

1 thought on “A Tale of Two Seeds”