I dreamed of one for years.  As soon as my dad became a Church of God preacher and we started picking up the denominational mag, The Evangel at the back of the church, my dreams to own an accordion were ignited.  There were lots of accordion ads in The Evangel back then, when I was 5 or 7.

Notably we had 2 accordionists in our small congregation: Priscilla Sydness and Sharon Harris, both beautiful teen-age girls whom I admired.  Oh, I watched them with great fascination – the smooth in and out of the left side of the magical-music-machine, a certain innate top-to-bottom curve to it, all the while, the fancy finger work on the right.  If you stood close enough, there was even a sweet scent emitted as the air was expelled.

O how I wanted an accordion – an instrument I could take anywhere with me and make the music with which my very soul was burgeoning, oh how I would sing and play, I’d imagined.

When I was about 14, Sharon Harris, who had moved on to the piano, gave me her old accordion.  I did not have the natural affinity I would have thought and plus, I was kind of past the stage.  I would try off and on the learn, but didn’t like how long it took, so, nothing much ever happened.  And it was just less cool by then.  We still had an accordion player at church, Virginia P., but she was quite old-fashioned and well, old.  Not to be emulated, certainly.

I gave up my dreams and at some point gave the massive cased instrument to my mom.  But the accordion has enjoyed a resurgence in popularity more recently, if even just by the alternative sorts who like to shake music up.  But it turns out, my own son-in-law, Tristan, could have taught me to play.  And I find my fascination is reignited when I see one being played well.  They are massive and beautiful and mysterious and play so many notes at once, they cause the heart to sing!

Stephanie did this CUTE photo shoot of the grandbebes once: 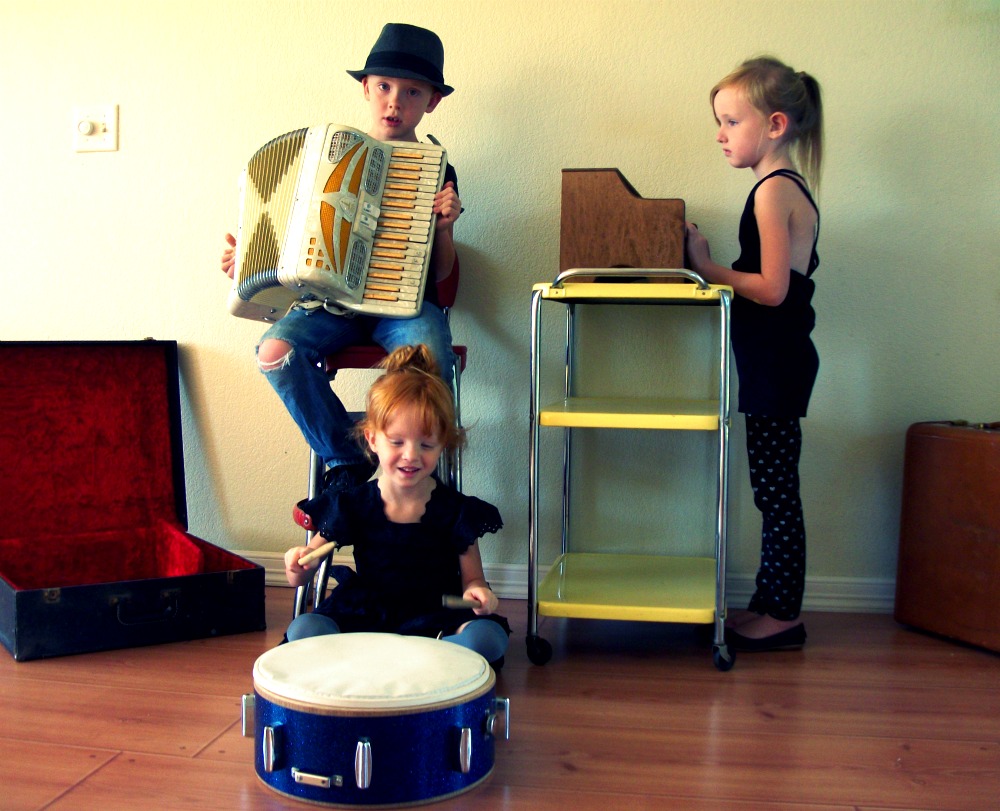 See the rest of the adorable (if I do say so) pics here:  http://www.maydae.com/music/lets-make-a-band/

2 thoughts on “All in one Accord-ion”