Gemma and I got some just-us time wholly unexpectedly this fine Saturday morning.  It was so fun to have her all to myself – that hasn’t happened much since we used to have pre-school together weekly.  We chatted about life (she is 6 now and heading in to full-day first grade!), played with Play-Doh, read a 1940s collection of Nursery Rhymes and tried to figure out what on earth some of them meant???, made pita-toast egg and cheese sandwiches, more Play-Doh time, then we watched 1 1/2 episodes of “My Little Pony” while she explained all the characters to me and how they interact (she does so love Pinkie-Pie, the party-loving pony) then we decided, before heading to the pool, that we’d do a major art project.  She chose water-color painting. 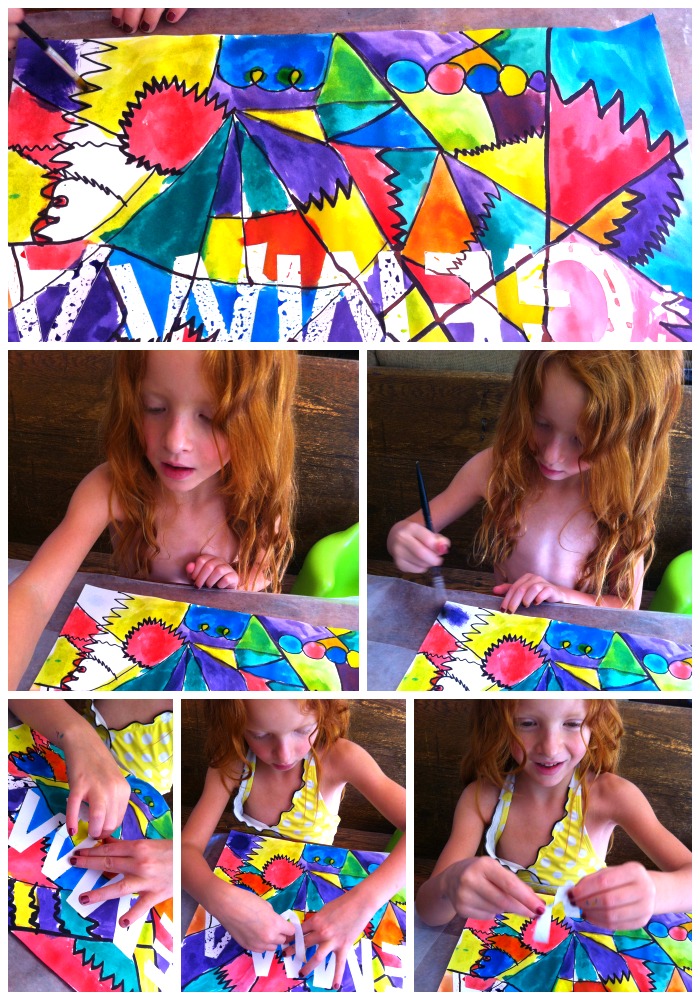 We used some vinyl stick on letters to spell out her name on a big white sheet of kid’s art paper.  Gemma used a black permanent marker to draw a design right over the letters and everything.  She was a fan of the zig-zags and threw in some circles for good measure.  We chose just 5 watercolors in an egg carton to paint in the areas she had created (though she did a little mixing right on the paper for more hues).  Her Nonni made quite a mess with those and they are highly-stain-making {*ahem}.  Nonna now has colorful hands – at least until time in the pool. 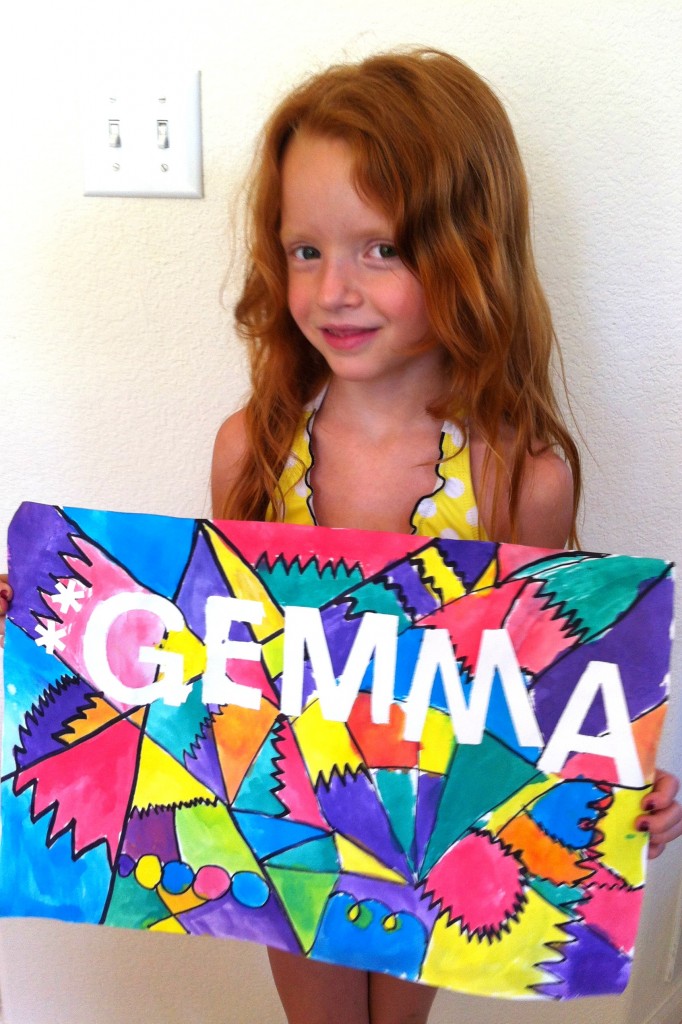 Song on video:  Late 1977, “Hey, Deanie,” by Shaun Cassidy, which would have been a much better song if it had been “Hey, Jeanie!”

Won’t you come out tonight

The moon is shinin’ so bright

Hey Deanie you’re the one