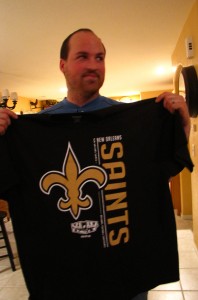 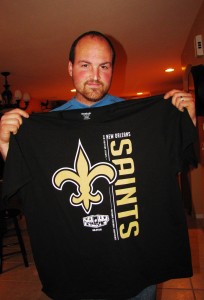 And apparently Wrex had been saying how he thought he looked a lot like Peyton Manning all evening when I, totally unaware of this little tidbit, made the remark  that Drew Brees was so much cuter than Peyton Manning.  I DIDN’T KNOW!!  Naturally, we ALL think Wrex is amazingly handsome and wonderful.  I am sorry, Wrexster.  Really really sorry.  Pleeeeeeease forgive me???  (Not so sorry I didn’t make him pose for this picture, though…hehehehe…)

Who Dat? And all that~

I must admit I called my brother Joe when it looked like the Colts could do no wrong and had been leading for too long and I rambled on about him dragging me into this stressful, crazy,  game and making me cheer for a team who was going to lose.  Minutes later, things turned around and he called me telling me to stop the whining.

The kids played games and kept the noise at fever pitch.  Gemma danced for halftime, which was way better than The Who.  Seriously. 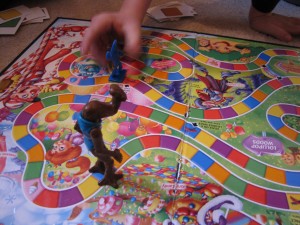 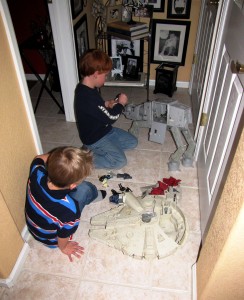 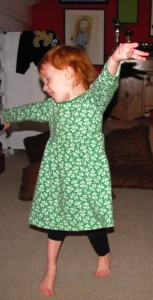 Stormie, it turns out, is deeply competitive and was really mean to people NOT rooting for the Saints.  This was her {haughty} victory face. 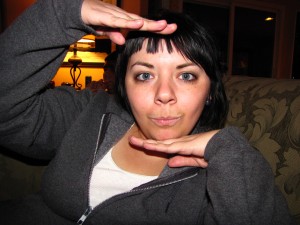 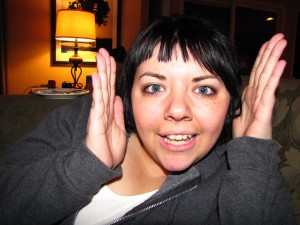 The Dodge commercial was hilarious.  All the females oohed and aawed over the Google commercial.  It was interesting to note how many men in only their underwear we saw.  Is this really what men like to watch during football?  Doritos had some pretty fun ones (part of a contest they sponsored) and the Right-to-life/Focus-on-the-Family one was really well done, I thought: not preachy or offensive, but pretty cool, actually.

But hey, did you hear?  THE SAINTS WON the Super Bowl!

Which I told you would happen!  HERE.