Observe, if you will, the first sentence.

And the second, for that matter. 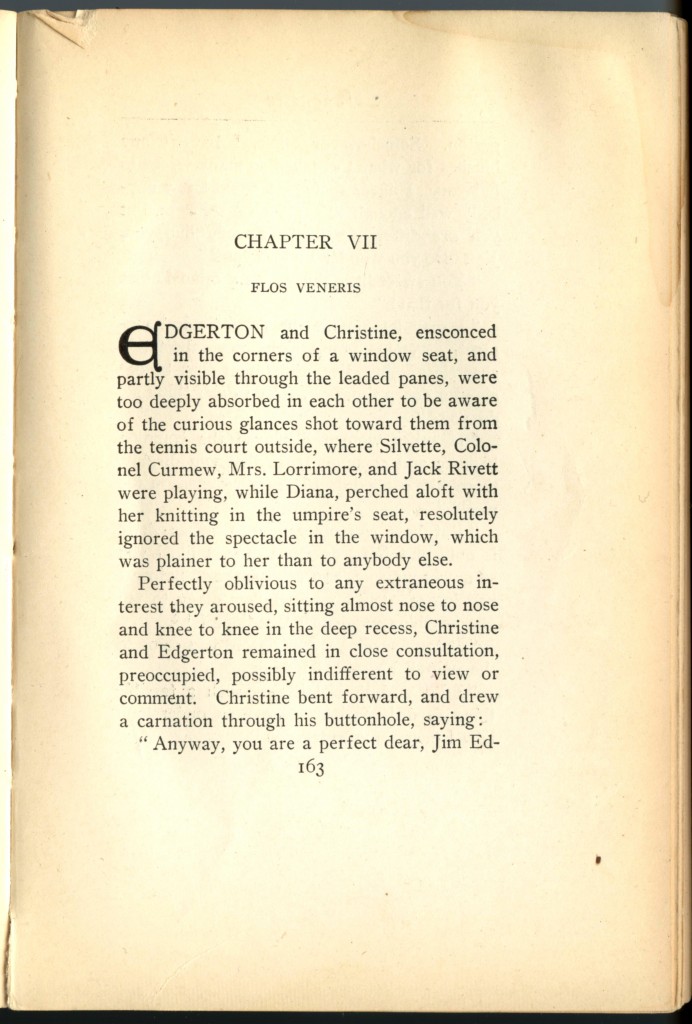 Tara had a couple of rather persnickety English teachers during her high school career who would candidly point out to me Tara’s seeming inability to write a simple sentence, for she would use commas and semi-colons and colons to make her point without taking a breath and the ‘period,’ as it were, was a rare find in her one-page essays, causing me no shortage of embarrassment, I assure you, for I knew she had inherited this English-teacher-frustrating trait from none-other than her beloved mother, that being me, it so happens; and so, while I wanted her to do well and excel in writing and possess a great mastery of the language arts, I also understood, while said teachers obviously did not, that Tara is a master communicator, well able to make not only her point, but to make it in such an interesting way that an overuse of the period-as-punctuation is not necessary, but rather over-used in our short-attention-spanned society.  Sad.  Very sad, indeed.

The period-punctuation gives people too many opportunities to escape my words.  I am most likely not finished.  So don’t try getting away. 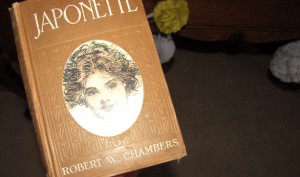 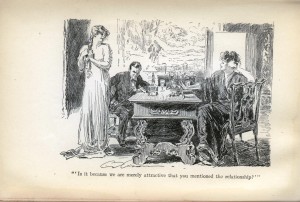 The book is inscribed inside as having been owned by one Mr. Harry Story of Great Falls and is dated 5/13/12 – almost exactly 98 years ago!  Image on the right has in quotes: “Is it because we are merely attractive that you mentioned the relationship?”  *smile…

N O T E :By the way?  Tara was an A student in English.  No worries.  And when she writes?  She writes well.  I think it was the one year I homeschooled her.  Yes.  I believe I will.  Take the credit.  For the lack of periods.  And how good.  She is.  Period. 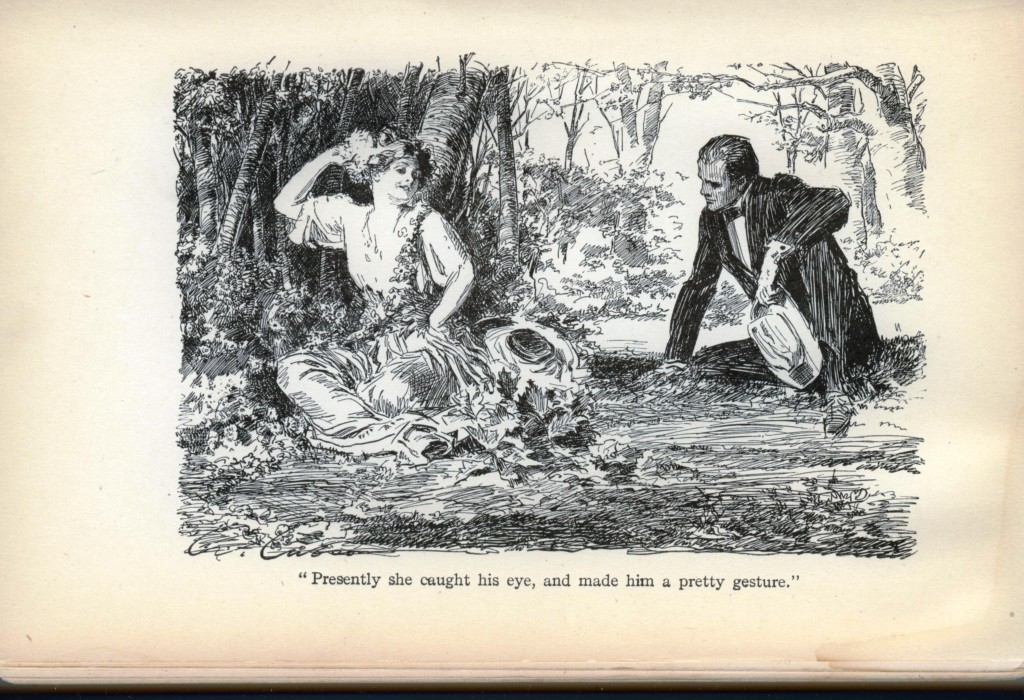 “Presently she caught his eye and made him a pretty gesture.” 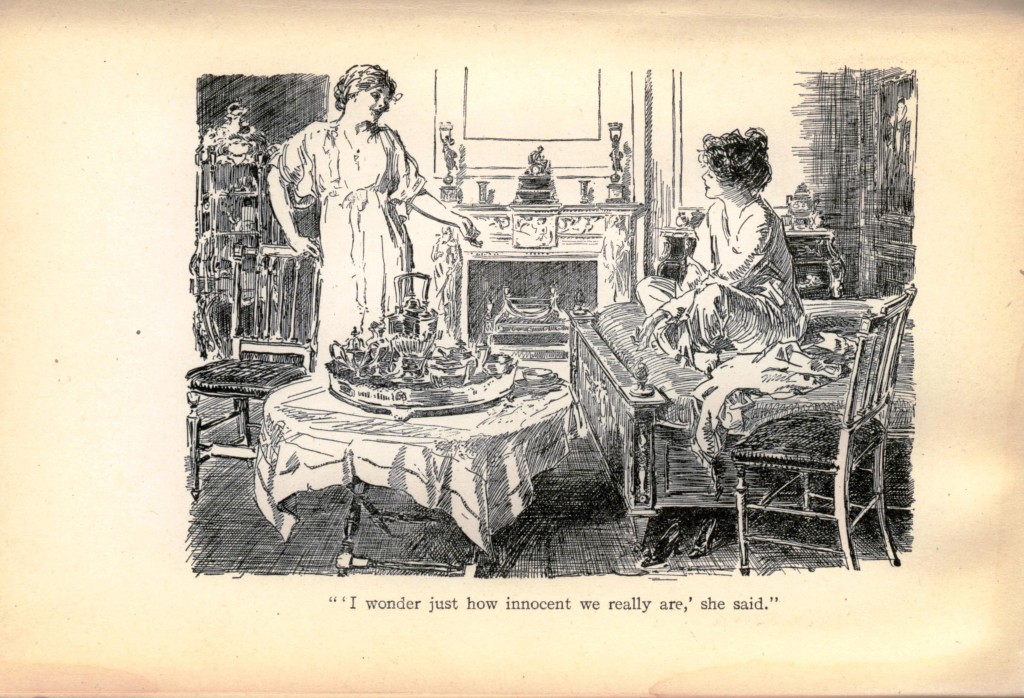 “‘I wonder just how innocent we really are,’ she said.”

MORE ABOUT THE BOOK:  I actually bought it at a used book store in Montana because it was illustrated by none other than Charles Dana Gibson [1867-1944]  himself, the great “Gibson-girl” illustrator, whose glorious images of curvaceous, bold women with nonchalantly up-swept yet-tumbling-tendriled hair, make me glad to be womanly.

5 thoughts on “I’m not finished”