Dave & Tara came up with an explanation for things going in a really different route than they had planned for and it is that they were Kai-boshed.

Noun Put an end to; dispose of decisively.

Which is hilarious because it is about baby Kai having shown up 5 weeks and 6 days early and how it turned life completely upside down and sort of overrode all the well-laid plans any of us had.  Christmas was barely packed away when the little fella was dropped into our very happy, waiting arms.

So all of those projects we began the new year with – Dave and Tara were about to head to Florida: Kai-boshed.  Tara was going to help me remodel the grandbebe playroom: Kai-boshed.  The list goes on. 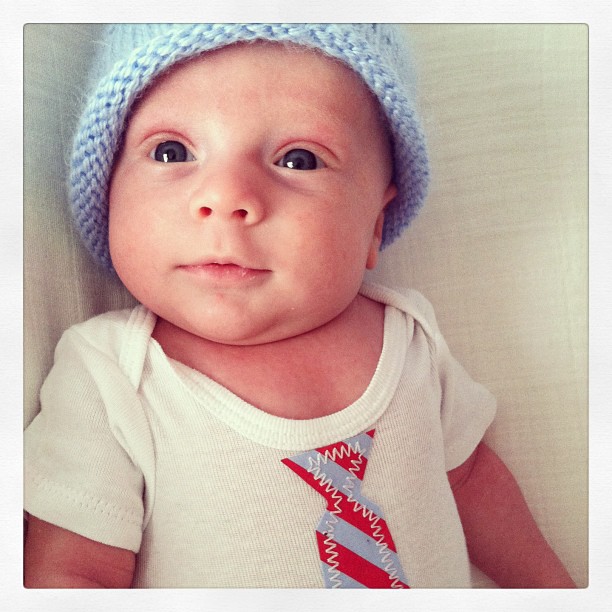 Tara called this photo Business Casual.  One of her friends called him the CEO of Adorable, which is very true.  That baby is calling the shots!

Isn’t he just getting chubby?  Love it!