From Rebecca Anderson of the LA Times

The day after the landmark Supreme Court decision on the Affordable Care Act, Colorado’s fires are so bad that President Obama is in Colorado Springs to tour the damage. On Thursday evening, the federal government approved Governor Hickenlooper’s request for the state to be considered a major disaster area.

From where I write this in Estes Park, CO, smoke is blanketing the mountains, coming from the biggest fire of 8 current fires in the state, the High Park Fire just west of Fort Collins. This fire has burned almost 90,000 acres and destroyed over 250 homes.

It’s the Waldo Canyon Fire in Colorado Springs, however, that is drawing the most attention. It is only 15% contained, has caused over 32,000 people to be evacuated and has destroyed 350 homes. This “super fire” is so hot that it’s causing houses to catch fire from the inside due to the high temperatures alone. (Check out some incredible photos here.)

Ryan (who is now 4 years in the National Guard) got called into active duty the other night.  He had a very short time to pack all his uniforms, get his stuff and head to Colorado Springs.

The fires in Colorado have been wild and out of control and the extreme heat and afternoon windy conditions, along with the serious not-enough-winter-snow drought makes our state bone-dry kindle for blazing disaster.

But Ryan has gone with his unit to bring order and serve and protect and do whatever needs done wherever it needs done.  And we are proud of him and praying for him and know He is right in the middle of what God created him to be and do.  For Ryan is a man of mercy and man of prayer.  And in the  midst of the chaos and confusion, Ryan will carry grace with him.

We love you, Ryan.  You are in our hearts!  So proud of you!

Some phone shots Ryan has sent us, his home away from home: 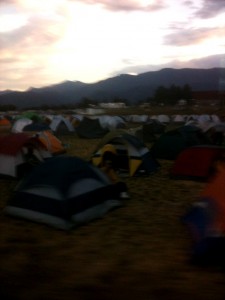 What he is seeing… 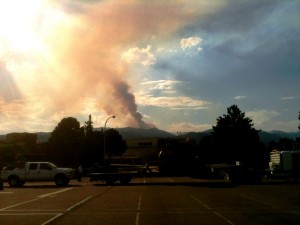 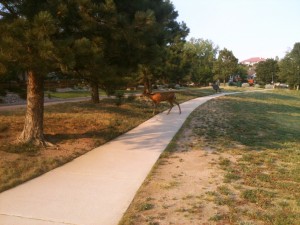 Would you remember to pray with us for our Ryan?