Guinivere and Gemma show up on a crisp autumn morn to hang out with Nonna.  Gemma runs to me, squealing with joy, “It’s Nonna!  I found Nonna!”  I pick her up and twirl her around and she squeezes her face to mine.  Guini sneaks by to head straight for the toys and snacks.

Outside there is a fairly strong wind, and though the sun is the brightest bright, we determine quickly that something warm to drink will be in order.  I supply my sweet-petites with hot chocolate.  They add a crystally sugar cube (because Nonna is out of marshamallows and you must add something) and begin happily stirring and sipping.  I join them on the patio with my piping hot coffee.

We discuss all manner of fun topics as we watch Sandy-the-Dog chase birds, and bees are drawn to the pink, sparkly shoes they are wearing.  Our steamy hot beverage party moves from under the canopy on cushioned chairs to the stairs to the antique bed/couch (temporarily not in its’ rightful patio space due to a social function held here recently).   At some point Gemma divines that if she has a blanket, she can just sprawl on the patio concrete and be quite content. 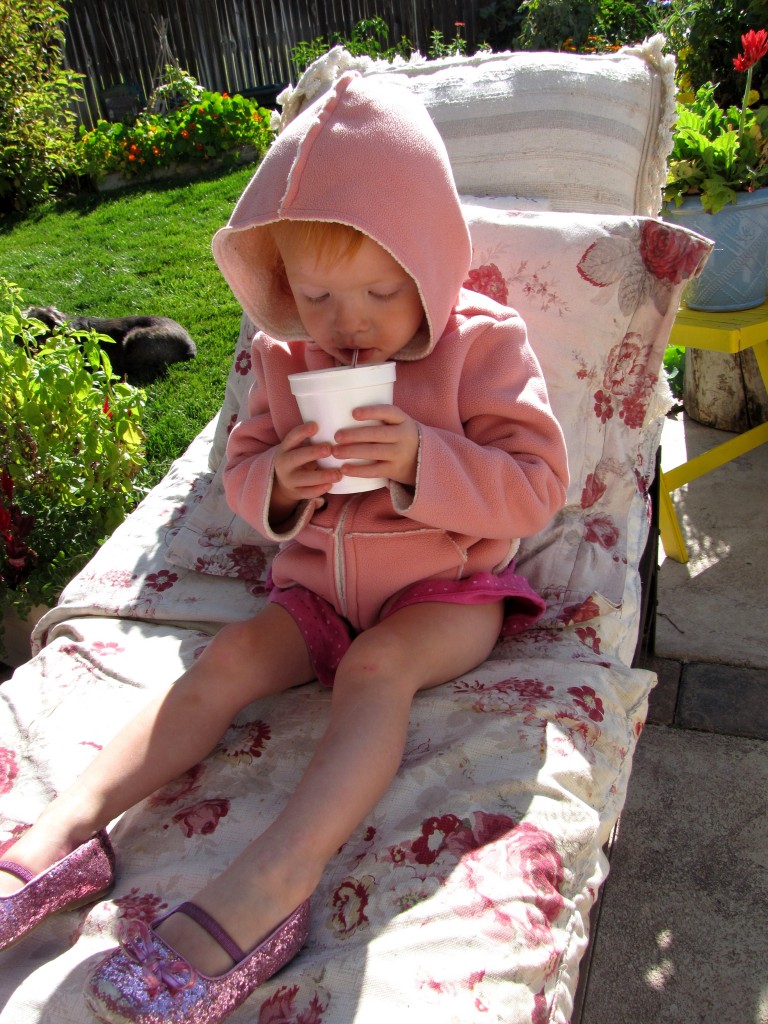 Suddenly the grandbebes are hungry.  I grab a bag of tortilla chips and, for myself, some homemade salsa (the hot stuff).  Grown men were unable to eat it the other night, yet Guini devours salsa’d chip after chip saying, “It isn’t too bad.  It’s not too spicy.”  That’s my girl!

5 minutes later, “Nonna, can we have lunch?”  Seriously?  Well, maybe a snack, I decide, and as we go through the list of everything we have in the house, they settle on hot dogs.  They each have 2.  With mustard AND ketchup (ick).  Did I not train their mother correctly on acceptable hot dog condiments??!?

Energized by food, they make quick work of the family room, grabbing every pillow and couch cushion, making a circle around the coffee table.  Now it is time to run like banchees and scream at the top of our lungs.  Round and round the table we go, running on top of the pillows, which, is actually pretty dangerous, let me tell you.

After they tire of it (and I am nearly dead), they pull out the play cell phones and it seems that everyone who calls them wants also to talk to me. I do my best to have believeable conversations into dead phones, as Guini and Gemma follow the chatter quite closely, nodding their heads as if they knew exactly what the phantom-person on the other end wanted to discuss with me.   Tara and Tredessa “called” a lot.  That is all I am saying.

“Nonna, I have to go pottie,” Gemma would excitedly exclaim.  This happened at least 17 un-event-filled times (and did not happen twice when it should have), but we did have quite the chatter-filled bonding time.  Guini-the-Flower girl informed me that cameras were not welcomed.  And even though I tried to tell her it would warm my heart to have memories of this beautiful, crisp, fine, fall morning together, she was resolute.  Softly, yet without apology she said, “I told you no pictures today.”

But it is captured in my heart and my mind’s eye. And I did sneak a couple of shots.  Think she’ll forgive me? 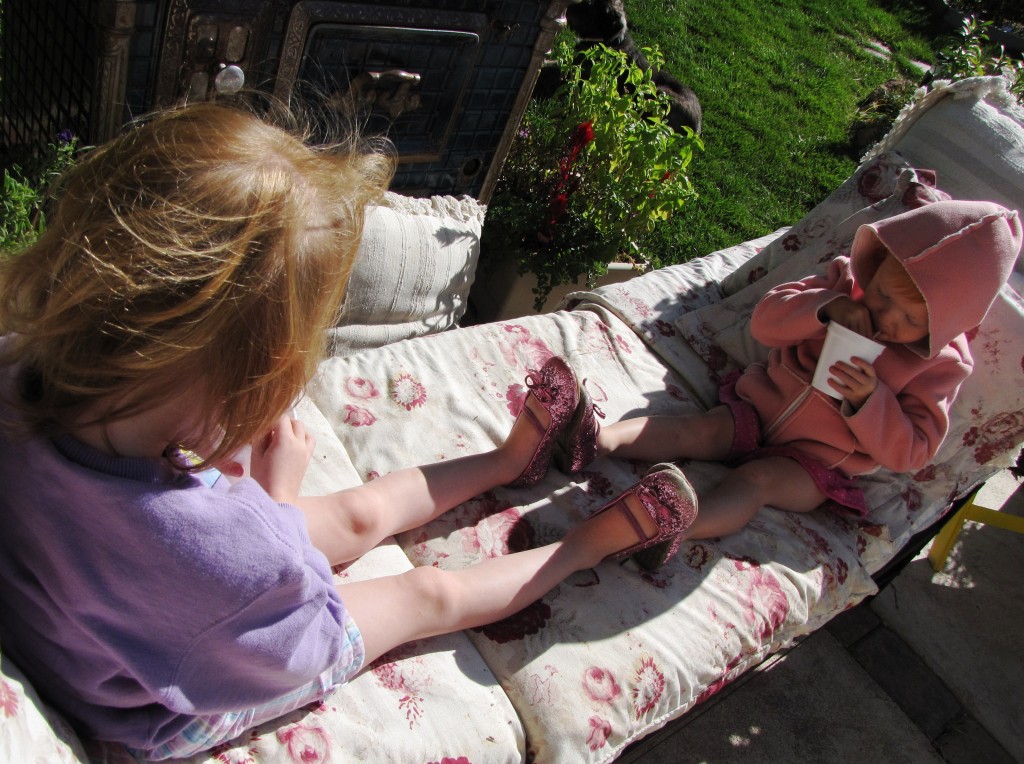 4 thoughts on “One Fine Fall Day”