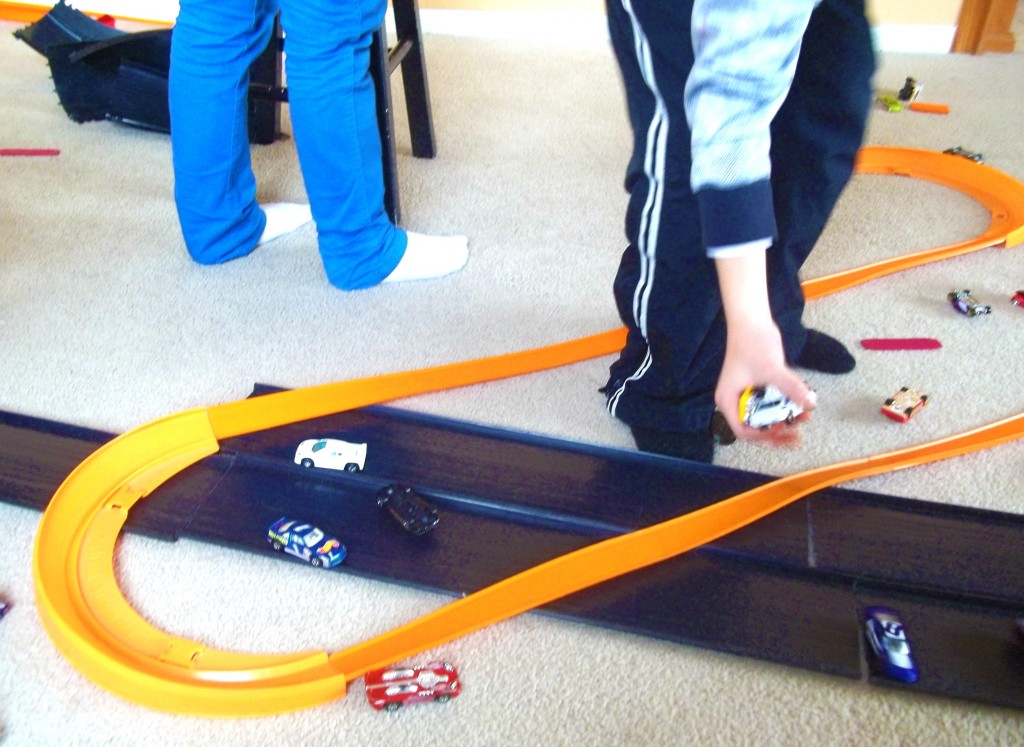 Two boys in house is a wondrously loud and lovely thing.

They lived through that awful Bronco game on Saturday by way of lots of good “football food.”  Stayed up late watching silly movies and propped up in bed with stacks and stacks of pillows.

They got up early and watched “Kicking It,” (then jumped all over doing karate kicks) played many levels on their iPod games (but for a very limited time, because I am the Nonna and I said so!), played with Poppa’s “antique” electronic {extremely noisy} football game, ate chicken tacos and watched old b & w episodes of Gillgan’s Island.

Their energy level was dangerously high so I “challenged them” to run up and down the 2 flights of stairs to our top story…20 times!  By golly they did it.  It definitely wore them out (and Hunter may or may not be limping and moaning about very sore legs today).

Then they hauled out the 1960s Hot Wheels and miles of track which belonged to their Grand-poppa when he was a kid.

They built and re-built that track and tested car after car until they could tell me endless details of which cars took jumps well versus the ones that could hang tight on the curves.  At some point they called in to Dave, “Poppa?  We need more speed.”  His engineering skills were needed to make cars go faster.  :)  They played with those Hot Wheels until nighttime fell.

We are blessed to have Hunter for some days while mommy and daddy are hanging with Baby Kai.  So providing cousin-time is a good thing. 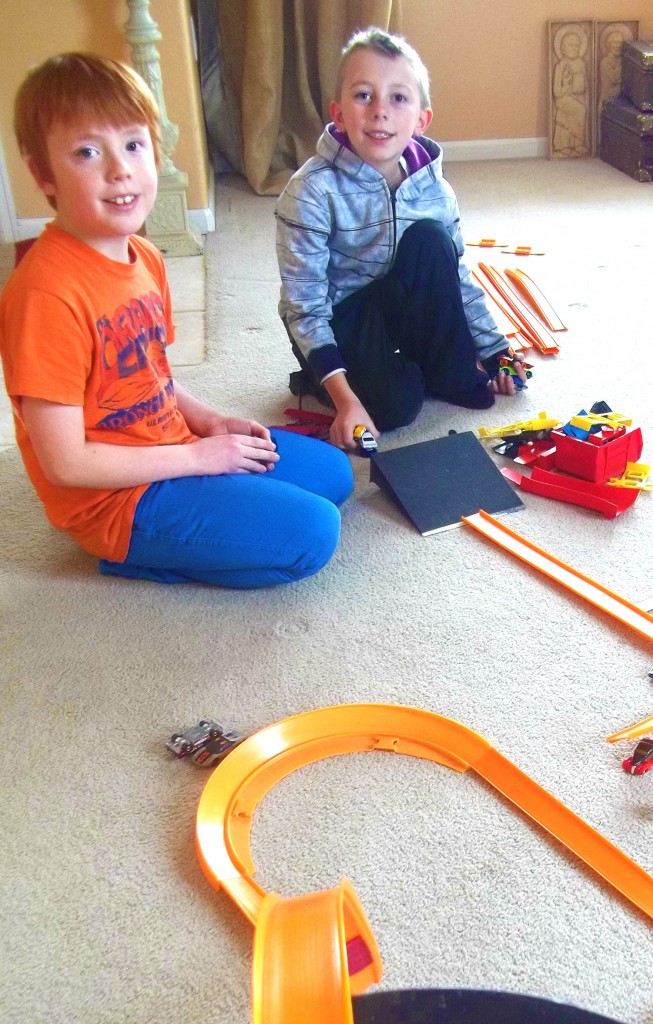 Did I mention several hundred Star Wars guys set up in marching formation in the living room?