The room is strangely empty now, the one that was once “Tredessa’s room,” but is now “Zach’s room.”  Sandy-the-dog wanders in and out with a sad look on her face.  “Where is Zach?,”  I can tell she is wondering. 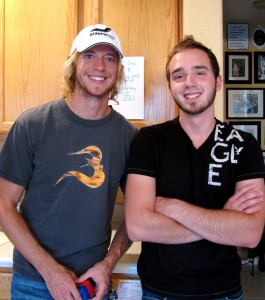 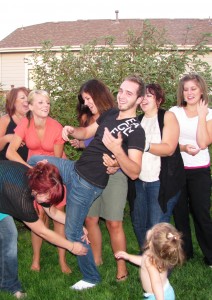 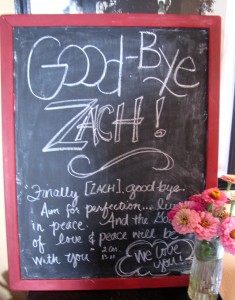 My nephew Zach (brother Tim’s oldest son) has been living with us for the past year.  He first came for 5 or 6 weeks as an intern for Heaven Fest 2008and then after thinking it over and getting accepted as a ministerial worship intern at Northern Hills, decided to return.  He worked at Safeway.  He did the church stuff.    And he lived with us…veeeeeeeery quietly!

What a great kid.  I mean, he is an awesome young man.  But he is also such a great “kid” with a sweet heart and gentle spirit.  He came from amazing parents and is, after all, my nephew!  So, you gotta love him for that, right?

Poor Zach.  I not only rarely cook anymore (only for crowds), I don’t grocery shop, either.  So the fact that he was able to avoid complete malnutrition and starvation while living here is a testament to how low-maintenance he is, care and feeding-wise.  But in my mind, a fresh, hot steamy pot of pasta with a simple sauce of some sort is heaven (Italian food, my favorite).  The same for Rocky and Jovan, Zach’s home-away-from-home-which-was-already-away-from-his-Butte-home.  So, one of the observations he made shortly after coming to dwell here was: you guys eat a lot of pasta.  Thus?  “Zach-a-roni.”

Backstory: his dad, my little brother, Tim, had these massive tonsils as a young kid.  So he spent most of his toddler/pre-school years with them, before the surgery, apparently swollen and he constantly choked on his food.  For whatever reason, spaghetti was the worst.  I guess it would start to slide down his throat and there would be a dramatic scene with “Timmy” choking and gagging.  When he got the tonsils out, the doctors gave them to my mom in a jar because they had never seen such huge, honkin’ ones.  It was quite the spectacle.  Consequently, Tim never like pasta after that.  So, I am pretty sure Zach’s pasta experience was pretty inconsistent and sparse…until he got here and found people like us who could eat it every night. 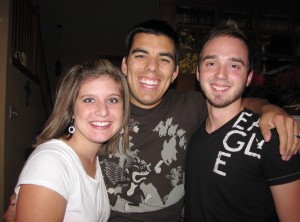 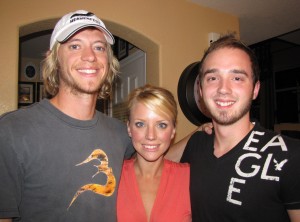 We are big and loud.  We have lots of birthdays and dinners and celebrations of all sorts.  I think we overwhelmed Zach with them.  Last fall we had Tristan’s birthday and then a big end-of-summer bash and then Rocky’s birthday, then mine and the very same week Hunter’s.  Zach was heard to commentate: you guys have a lot of birthday parties.  Pretty sure it was pure misery for this quiet kid!

My prayer for Zach.

May it go well with you, Zach.  I pray that you will comprehend the bright future God has in store with you and that you will courageously embrace life’s adventures and all the days the Lord planned for you (and wrote in His book for you) before you were even one day old (Psalm 139).  Be led by the Spirit.  Get into the Word and let the Word get into you.  Follow hard after God so you can lead well.  Play music that will bring the smile of the Lord into the room (like David the shepherd boy did). 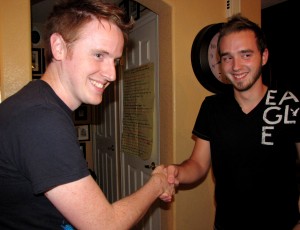 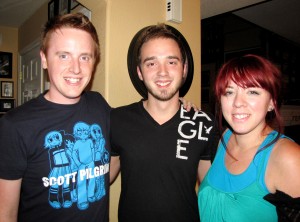 Live up to your unique role as a family firstborn and realize the 360-degree impact you have.  Sing loud and strong.  And let what is in you out – for the treasure you hold will bless many.

It was our honor to host you here, to have the young man of God sleeping in the upper room.  Come again, anytime, sweet nephew of mine!

“Look now, I know that this is a holy man of God, who passes by us regularly. Please, let us make a small upper room on the wall; and let us put a bed for him there, and a table and a chair and a lampstand; so it will be, whenever he comes to us, he can turn in there.”   And it happened one day that he came there, and he turned in to the upper room and lay down there.”   2 Kings 4.9b-11 NKJV

NOTE TO SELF:  Write and tell his parents what a fine son they have raised.