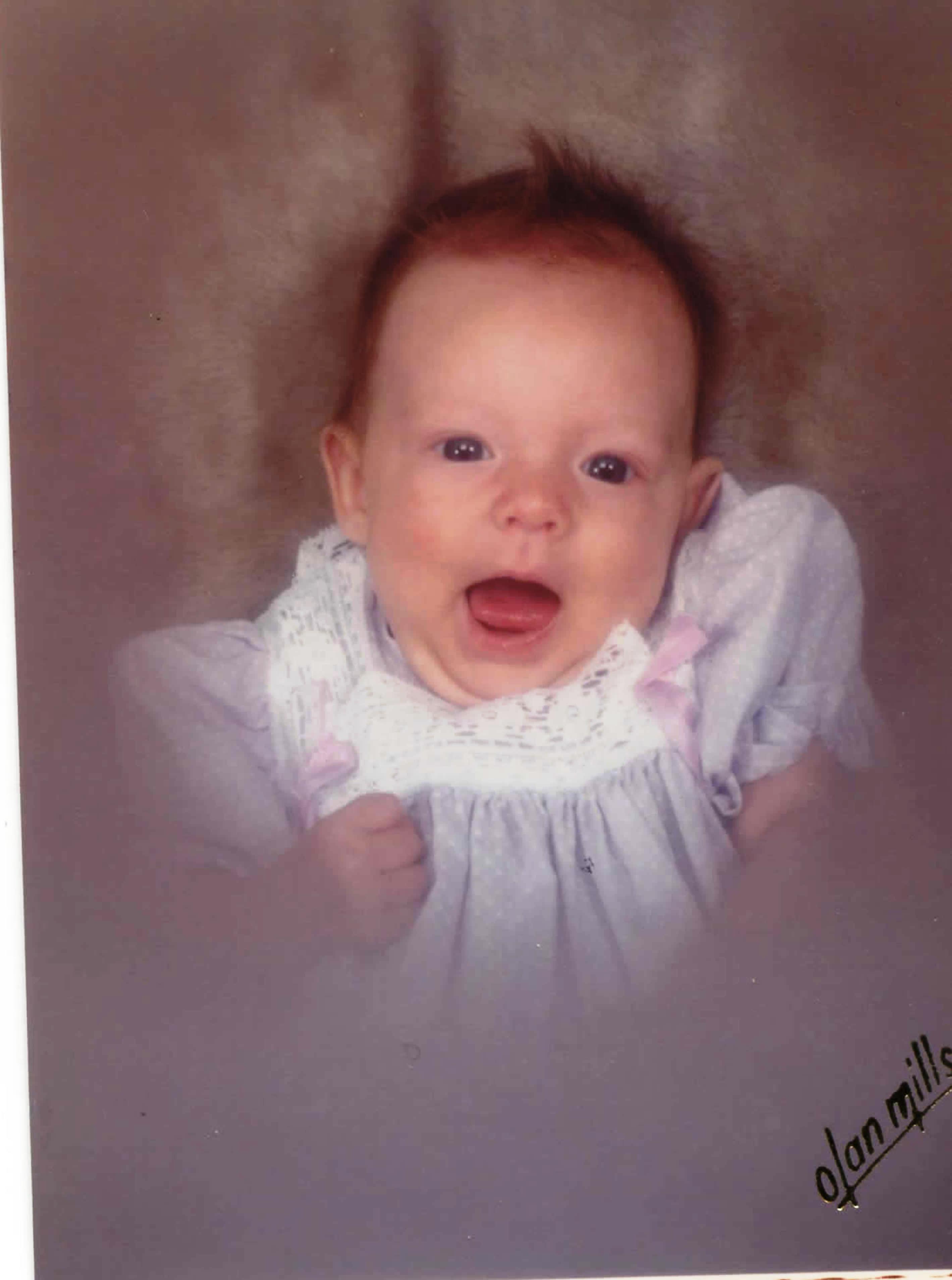 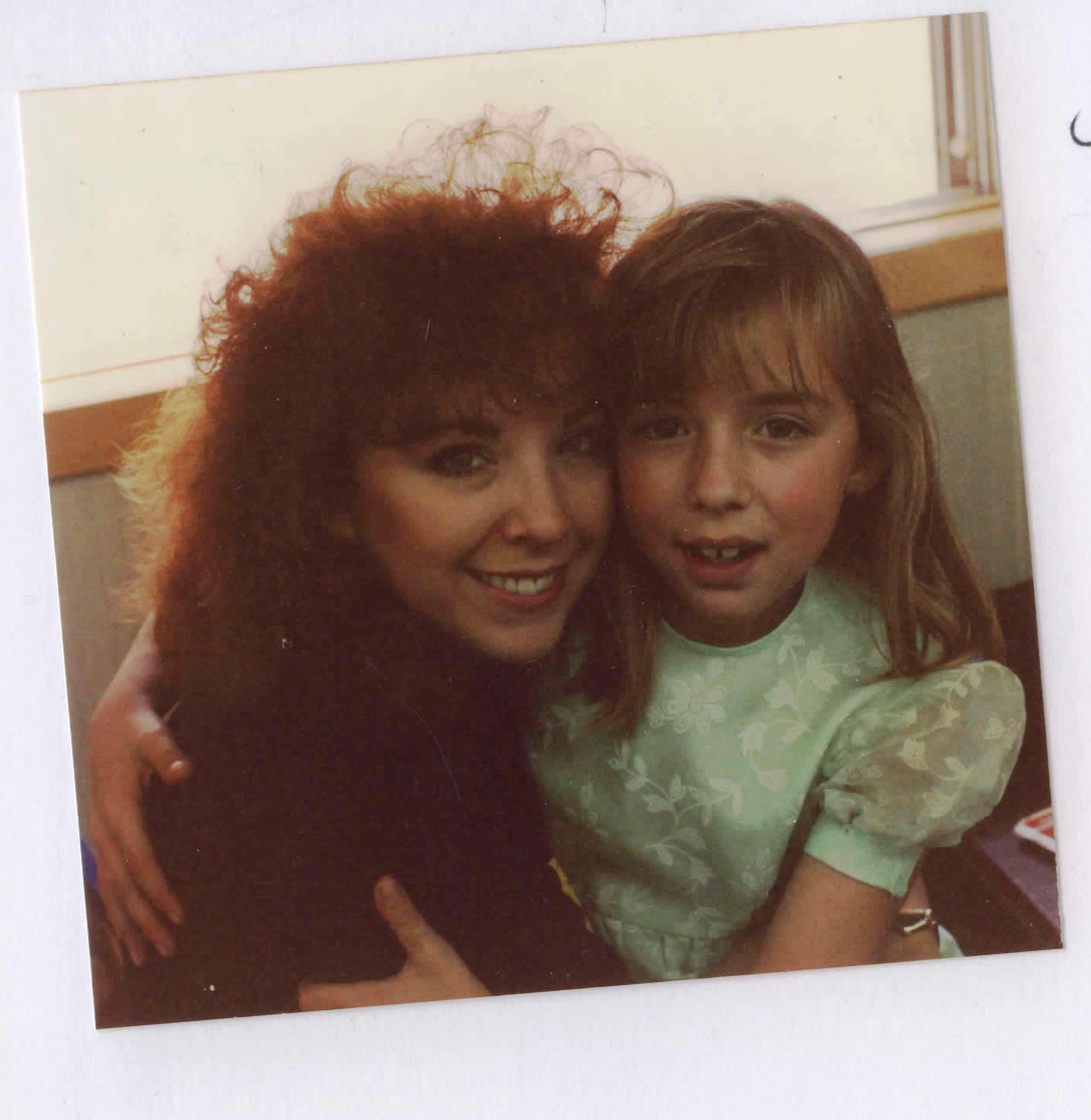 Happy Birthday, Stephanie, my second-born, my preemie, my miracle-girl, my rainbow woman.  You are the child I prayed for, and God gave me what I asked!

It is your 25th birthday.  How fast the years have flown.  Much like my pregnancy with you, when you arrived a full 5+ weeks early, on a  beautiful lilac-scented day in Kokomo, IN, even beating Prince William, after whom you were “scheduled” to be born.

In retrospect, at the hospital, they should have stopped the labor and tried to determine what was causing the bleeding (was it “The Twister” –  that amusement park ride that pinned my head to the back of the seat?).

Five or more weeks early is too early.

Instead, my doctor said I probably just mis-calculated the date and he estimated that you weighed well over 7 pounds and he didn’t even put me on a monitor before breaking my water to get labor underway.  I had always liked his old-fashioned, grandfatherly ways, but being the older and wiser woman I am now, I should have slapped him a good one.

A little after 2 on a Friday afternoon, here you came, full of trust in the parents God had given you, and we, probably not worthy of it.  I really couldn’t tell what was happening.

At first, they all oohed and awed, the medical staff.  You were tiny. They did the first apgar and gave you an 8 out of 10.  They let dad hold you while I looked on.  The second apgar had dropped to 4 and they started looking frantic and they didn’t even let me hold you, you were whisked from the room.  Not only did I not know what was going on, they placated me with assurances and didn’t tell me anything.  They were the authorities – just “taking precautions.”

Later they told me a team was coming from Indianapolis to “help.”

By the time I saw you again at 7:30 pm, you were wired up on the sides of your head and on breathing machines and I could only touch your hand through a small opening in the incubator.  A crisis life team, who had been at work saving your life when I couldn’t even comprehend how much saving you needed, was transporting you to James Whitcomb Riley Hospital in Indianapolis and I could only say good-bye.

The lady in the bed next to me and all her firends were smoking.  As I watched you struggle to breathe, “pre-mature infant lung disease,” they called it (your chest caved in where developed lungs would be normally), I asked a nurse to remove the smokers.  They assurred me you were safe from it.  That didn’t matter.  It was all I knew to do to protect you.  I wanted you to breathe safely…

In what felt like the middle of the night, but was probably only 10:30 or 11:00, your doctor called from Children’s to say that they had you stabilized.  In monotone, he told me it was unlikely you would leave there in anything less than 3 months and that he was giving you a “30% chance of survival.” It was a shock to my system.  It was unthinkable.  It was not even on my radar that you might die.  He asked if I had questions and I couldn’t even think of any – grogginess?  stupity?  Probably both..

In those moments, I became instantly alert and I cried out to God on your behalf.  I did not feel like some giant woman of faith.  I knew my prayers were feeble compared to many, but I was a mommy on a mission to knock on heaven’s door for the life of my newborn, struggling-to-breathe, yet unnamed baby girl who was too many miles from me.  And I will tell you that soon, very soon, the Presence of the Lord washed over me, bringing such peace, that never once did I doubt the Lord would show up for you when I could not.  That night, I was not alone and I met God in a new way.  I met Him as a healer.  Like Hannah in the Bible, who prayed for a child, He heard my prayer. I knew He was with you, too…

When I was finally released, in terrible pain from the worst stitches ever and the discomfort of having no child to nurse (at the time, I didn’t comprehend the emotion of that – everything inside is screaming out: where is my baby?) I prepared to go to Indianapolis to see you.  A song was playing,

I cried when I heard those words, because they were true. I was getting to know the Healer in a way I had never needed to know Him before.

Ten days later, Children’s Hospital released you to come back to Kokomo because you were progressing so well every day.  They were in awe.  We were rare, they told us.  At 12 days old, Howard Community Hospital released you to come home.  They said your lungs were actually recovering and developing every day.  Though you were only 4 and half pounds when we brought you home, you were gaining weight each day just like you should be – not much, but a little.  It was miraculous in every way!

God healed you, Stephanie!  The Creator finished the work and you came home with the loudest cry we had ever heard.  And you cried a lot and I thought we were doing something wrong, but you were just working those little lungs, strengthening them up! 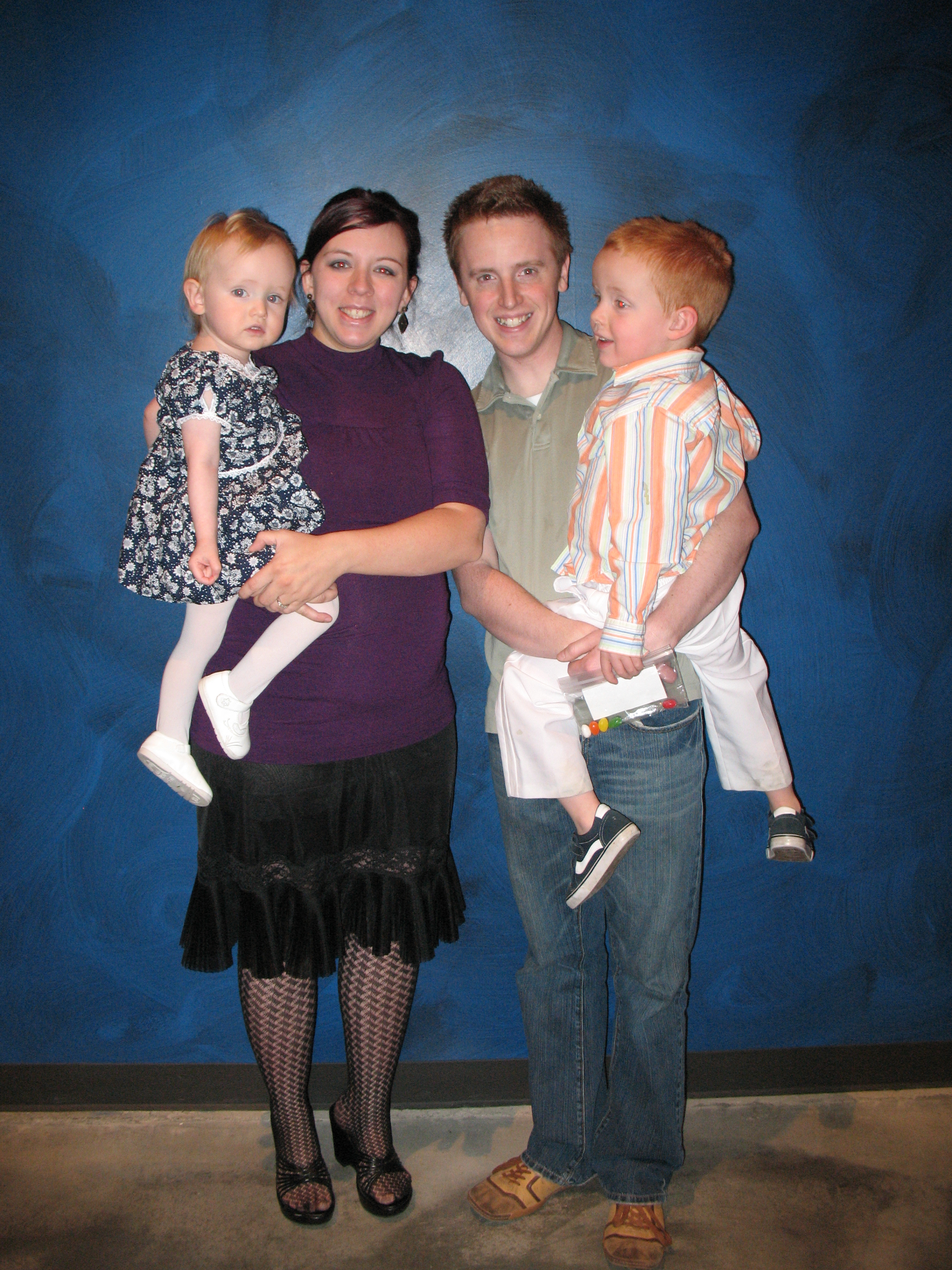 When I sat down to fill out the birth announcements I had chosen in the weeks before you were born, the scripture on them seemed suddenly prophetic.  I had read it before, surely, but now I read it with full understanding:

“For this child I prayed and the LORD has granted that which I asked of Him.” 1 Samuel 1.27

You were a gift for Tara, you’re “Rainbow Bear,” a child of promise. You could talk in lovely conversations by 18 months, but weren’t an early walker, as you preferred to be carried like a princess.  You came with the softest heart for people around you (the odd little girl from a harsh home would call you to read to her, which you would faithfully do for long periods, keeping her company – and you couldn’t even read yet!), and the most developed sense of humor – always making your sisters laugh.  I remember you falling asleep in the middle of singing the alphabet song and awaking a few hours later to pick up right where you left off.  At our conference with your 2nd grade teacher, she said you were the child who, when some one dropped a pencil across the room, would run to pick it up for them.  She said, “That is who Stephanie is.”

She was right.  You are the one in the family who makes sure everyone gets honored regularly and that they receive the most thoughtful gifts and that no one forgets special things coming up.  You watch over us all with great care.

You gave us a wonderful son when you chose, so well, Tristan, as your husband.  You gave us our first grandchild, Gavin, and our first granddaughter, Guinivere and they thrill our hearts and are mothered so well by you.  Any moment now – you will bring us a new granddaughter (our 4th grandchild).  I hope she comes today – right on your birthday – as a special gift of celebration of who you are, Stephie.  But whatever – Happy Birthday, my sweet one.  Thank-you for all the happy days you have brought (and I will ever cherish the extra 5 weeks we have had together!).

(pictures:  Stephanie at 4 months and about 10 pounds, Stephie and me at her 3rd grade play, Stephanie (8 months pregnant and glowing!) and her family on Easter at Northern Hills, where, by the way, she and Tris helped lead some incredible worship!