It was just one of those things

Just one of those crazy flings

One of those bells that now and then rings

I never- ever-ever pay a lot for a candle-in-a-jar, but Target had a fall selection of Yankee Candles (the best candles in the world) near my birthday (early October) on sale for $18, down from $24.99 and when I expressed great pleasure in the “Autumn Festival” scent, Dave insisted on getting me one.  You know – for my birthday. 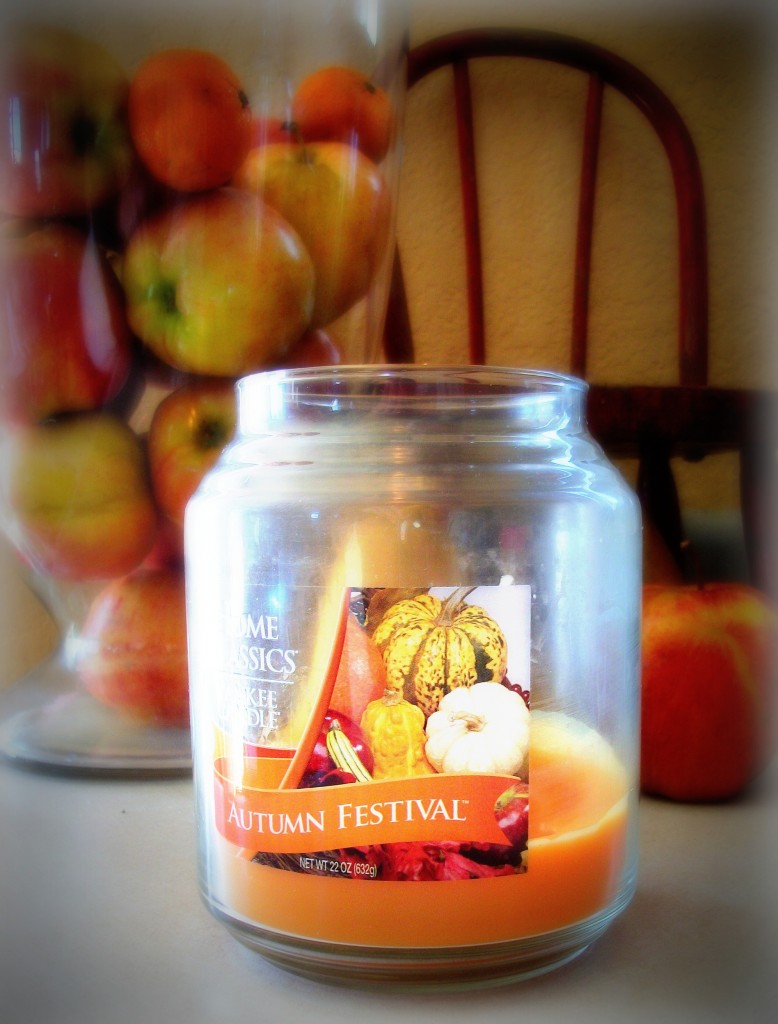 I have burned it, and burned it and burned it.  When I am home (and sometimes when I not, shhhhhh, it isn’t on purpose!), I burn it.  It has burned all day long and all night long (like, ALL night long, much to Dave’s dismay).  I have burned that thing for hundreds of hours by now.  300+ I’d say.

It was just one of those nights

Just one of those fabulous flights

A trip to the moon on gossamer wings

Was it meant to last this long?  Was it meant to make my early mornings so sweet and my evenings so romantic?  Was it supposed to burn for untold lengths of time where the memory of it lingered in the air as I’d descend the stairs come morning?  And as I watch the flicker this afternoon, smaller, much closer to its end, I wonder how on earth I shall ever replace this beloved candle?

If we’d thought a bit about the end of it

When we started painting the town

We’d have been aware that our love affair

Was too hot not to cool down

I have been preparing myself for the end, dreading it, yet helpless to stop it.  I have been sniffing candles madly at stores, looking for my winter comfort.  But so far, none can surpass my Autumn Festival – both fruity and spicy; tangy and zesty,  yet mellow, rich.  It has been the scent of my home as the days have grown shorter and the nights longer; as the chill has forced its way into early morning and long hours of dark azure skies.

So good-bye, dear, and amen

Here’s hoping we meet now and then

It was great fun

But it was just one of those things

It seems hard to believe another candle could ever match this one.  This one.  But I am fond of a deep red cinnamon scent, earthy and multi-layered…where o where is it?!

SONG LYRICS  “It Was Just One of Those Things” by Cole Porter, performed by gazillions of artists, though I am fond of the Diana Krall version!).

NOTE:  I used to get very teary when my mom threw out the Christmas trees at season’s end, too.  They’d just made me so happy….