On the occasion of my my 50th birthday (today), I headed out before sunrise into a gray, foggy, drizzling rain for a brisk walk.  At 34-degrees, I am not certain which was more brisk: my walking or the air?  I started for my current favorite path, leaving my own neighborhood to weave in and out of curved streets past a high school and large soaked fields of heavily-seeding prairie grass.

Within minutes I had quit noticing how icy cold it felt and how loud passing cars’ tires sounded unfurling wet dirt as they motored by.  I’d quit noticing the cloud of my own breath and became mildly amused at little boys madly peddling their bikes, heads down so their thick glasses wouldn’t get wet, nearly running into me, in an effort, I can only assume, to get extra credit.  Why else would they need to arrive an hour and a half early?

I found my pace.  I got warm.  I decided to mourn my youth. 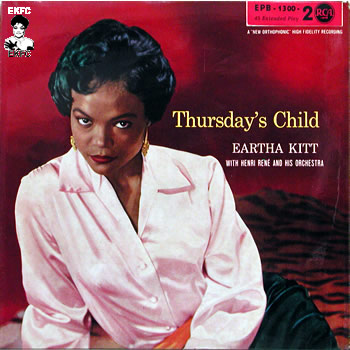 I was born on a Thursday in 1959.  I am 50 now. {I have to pause at that to let it sink in} 50.   I am either at the beginning of the end or in the middle, depending on how committed I feel to living to 100.  I like the idea of it.  I like thinking that in my late 60s and 70s I could hold my grandbebe’s children.  I like imagining that in my 90s I could hold Gavin’s grandbebes (my very own great-greats) and say, “See?  Now do you understand what you did to me?  Do you see how you changed my world forever and why I have chosen to stay so long?”  As if that is really a choice I get to make.

I was born on a Thursday 50 years ago.  And I never liked that little rhyme, “Thursday’s child has far to go…”  What the heck is that?  Why couldn’t I have a fair face or be full of grace?  Why couldn’t I be loving and giving like Friday’s children?  From the time I learned to read, “having far to go” has felt like some thick,  prophetic canopy of responsibility over me, an assignment I can never quite finish, a goal line that keeps moving.

Are you like me?  Do you sometimes wonder, “What if…”  What if I had done something different here or at that point in my life?  Would it have changed everything?  Would it have changed anything?  I mean George Bailey (It’s a Wonderful Life) hated his life, temporarily at least, and got to see that if he hadn’t ever been born, so many other people’s lives would have had painful consequences.  But it wasn’t even about the possibility of his never-having-existed-at-all that made the real difference for his family and the entire town.  It was about how he interacted with them and how he lived his life that made the difference.  He wanted to shake the dust of his “crummy little town” off his feet and see the world, but he didn’t.  He stayed and he worked and he made people’s lives better and that is why, when he faced grave peril, they rallied around him and he could see the true value of his life.

So, as I  mourn my lost youth early on a rainy day, I realize I do have regrets, but not the big-decision kind.

The choices and decisions I have made, however ill-conceived or foolishly-seen at the time that have brought me to the blessed life I lead, I can’t regret those.  I sit in the middle of a life portrait of a huge, growing family of loud and loving people, with spiritual children and family, in peace with man, under the favor-covering of a gracious God.  I am loved and challenged.   Adventure is always just ahead, almost inconceivable in light of the devastation and despair of just a few short years ago.  God has blessed my broken road and my errors in judgment and the times I just plain screwed everything up.  I can’t regret the big disasters or mistakes that brought me here, to this room in which I sit and mourn my passing youth.

But I do regret having lived most of my life in the fear of man.  I have handed over too much power to people’s opinions and like Proverbs so graphically states, “Fear of man will prove to be a snare,” (Proverbs 29.25 NIV), or as Mary Jean has explained it: the equivalent of a tightening noose around your neck.  “…but whoever trusts in the Lord will be kept safe,” the passage finishes.  The Message says it well, too, “The fear of human opinion disables…”  So true.

And now?  I hate that I thought trying to please everybody and their dog should have consumed so much of my life.  I regret that I put so much effort into being whatever 450 people or 57 people, or even just one thought a pastor’s wife should be,  that I didn’t help the opinionated grow by being who God called me to be, even created me to be.  I am sad that I put the power to rule me into the hands of illegitimate authority-figures and that I lived a dumbed-down version of myself, thoroughly distrusting the person God knit together in the secret places when He gave me a brain and a strong will with the ability to impact life like no one else.  And I was so afraid to be that woman that the very people who created boxes for me, the ones I lived to please,  were truly the ones who missed out.  I wish I could have seen this along the way, and understood.

You can never go wrong, when some one calls you on something or even wrongly accuses you-taking that to the altar before God and asking Him to expose in you what they say they have seen.  But then, you let Him deal with whatever it is in you and you leave that place and you let broken, hurting and hurtful people off the hook.  Too many times I received and carried what God never intended for me to carry and I held offense close like a martyr, daring God to fault me because: I am doing what everyone wants.  I behaving as required here. Obedience through gritted teeth.

“Sometimes I wonder about my life. I lead a small life. Well, not small, but valuable. And sometimes I wonder, do I do it because I like it, or because I haven’t been brave? So much of what I see reminds me of something I read in a book, when shouldn’t it be the other way around? I don’t really want an answer. I just want to send this cosmic question out into the void. So good night, dear void.”  ~Kathleen Kelly, as played by Meg Ryan in You’ve Got Mail, one of my all-time favorite movies

Regrets?  I wish I’d dressed like I wanted and laughed more.  I wish I would have enjoyed the beauty of my youth and not hidden nor distrusted my sensuality and taken more days off (or any days off, actually).  I wish I had played with the kids more and done less church-y events.   There are some haircuts I wish I hadn’t gotten, but some jewelry I wish I had (“costly array” be darned).  I wish they had charged me with being a resourceful, vibrant, smart, creative, business-tycoon Proverbs 31 woman when Dave got ordained instead of being told I was to be “grave, serious and plain.”  I regret the times I didn’t like the season of life I was in and kept reaching toward the future instead of understanding the gift of the present (the present is a gift!).  I wish I’d realized sooner how much I love to write and that just because I did love it didn’t mean it was a waste of my time.  I should have laughed more and oh, how I wish I could dance.  It was a sin, I was told, but I believe in dancing.  If you can dance, I hope you dance! 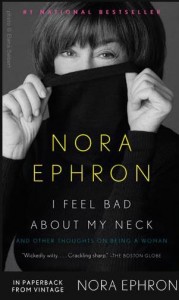 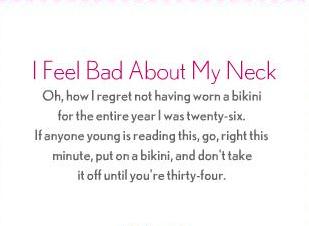 The phone rings off the hook with good wishes.

I realized during my morning (mourning) walk that I ended up going further than I had planned, longer than I had intended.  I had taken streets I’d never been on and faced hills I wouldn’t have chosen.  The way home was directly into the 7-10mph northeasterly winds.   And if my walk this morning was some sort of metaphor for my life, if in this state of melancholy I assigned it the task of defining something transcendent, I realized that in my brave twenties and strong thirties I may not even have ventured out on a day like this.  The twenty-something Jeanie would have counted on a million good mornings ahead, shrugging  it off thoughtlessly for easier times.  The thirty-something me would have found other ways to be productive and fruitful, making every second count without braving these particular elements.

I’m 50 now.  There is actually sort of a regal magnificence in it.  Yes, I will miss and do the inevitable mourning over my youth and the innocence and physical attributes that went with it, but I won’t miss the neuroses that came along with it, too.  As wisdom and compassion grow in my heart and the less I care what people think of me, I care more about people, I think more about them.

When I study my reflection closely, I see the asphyxiating, tangled brown vines of past decades, thick and tall for the life they once represented.  But within them is a flourishing tree, glistening and leafy-green, fairly humming with life in association with innumerable hearts and passions and people and interests.  This is no nursery-new seedling.  There are no small stakes and lines holding it in place.  The seasons of the soul and life itself have driven thirsty roots deep into compacted soil until  the equations and mystery of chlorophyll and ganglia are in full-effect.  The infinite, expanding explosion of a God-given life reaches every direction, stretching as far as possible, growing stronger, thicker, higher, deeper as each day passes.  Time to prune the vines and let them fall as a testament to what has given this tree the strength it now possesses.

Every breath I inhale {Happy} is a remembrance of a blessed and good life.  Every exhale {Birthday} is a preparation, a rehearsal for the end, which is one day closer today than yesterday.  Which is what makes this kind of melancholia so ridiculous, isn’t it?  It is just a day.

Wow.  This may be the longest blog I have ever written.  If you stuck through it with me, you are a most indulgent and loving person and I am lucky to know you.  And if I don’t, we should meet so I can thank-you and tell you in more concise terms that being 50?  So far, so good.  I’ll live to one day mourn the passing of this decade. {smile}

NOTE TO SELF:  Geesh.  Have mercy on readers.