Then I moved back home and we wrote letters, mostly in the summer, but there were lots of sweet letters over the course of 2+ years. I love that you kept all of mine and wish I had kept yours, too.

Then I moved back to Minot and we flirted some more, but you were unavailable. 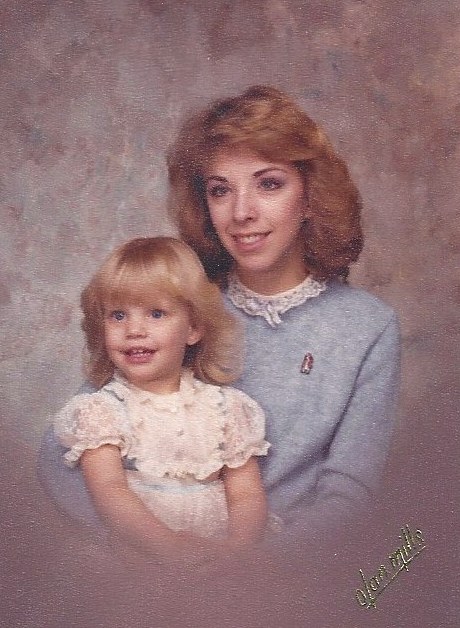 This is Dave preaching in chapel at Northwest Bible College just a few weeks before we started dating.  This is Tara and I just a couple of weeks later.

Then, when I thought you were still unavailable (right after your graduation), you asked me over to watch a Rock Hudson movie.  And you sort of made your availability known.

It was NOT Rock’s best movie (“Man’s Favorite Sport”). But it turned out to be a fun night, anyway.  I think there was some Barry Manilow involved…

And we hung out late nights after you got off the radio (KHRT) and you’d call me at the office frequently.  Or drop by – pretty much a lot.  And it was a whirlwind.

And 3 weeks later, you said you wanted to marry me.  And surprisingly your family thought that was fine.  Mine was on the fence, but after they met you, they liked you better than me, anyway. 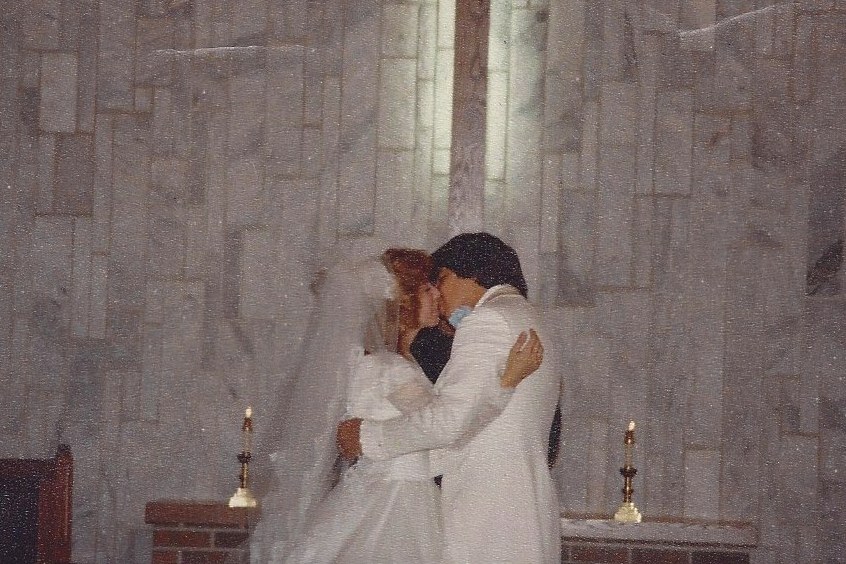 And 59 days after the first date that I didn’t know was a date, we went to Wimbledon, ND and Dr. Gough married us.  I was wearing my cousin Shellie’s dress and none of my family was there, but you were my new family: me and you and Tara. 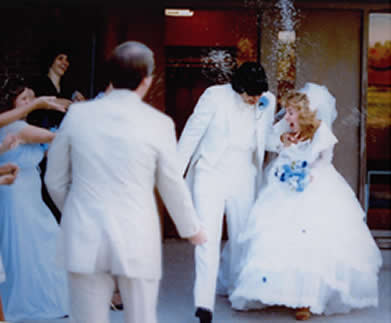 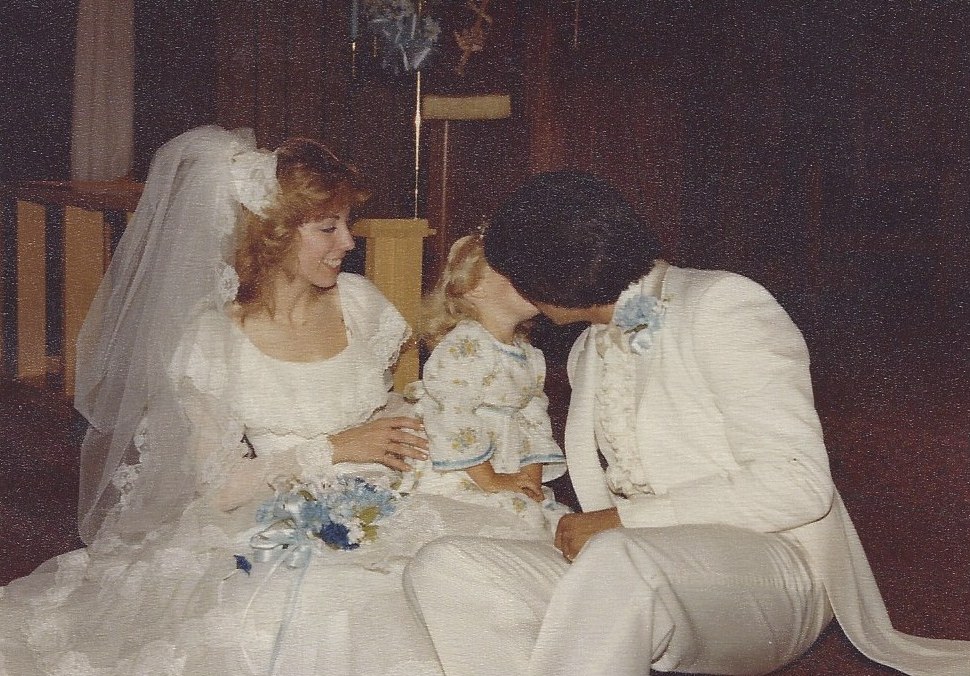 My co-worker Elaina, had just thrown a whole bag of rice down my dress.  Wimbledon, ND

And then we were us and we had a truckload of kids.  A girl, another girl and then another.  Baby dedications were regular celebrations!  Finally got that boy before we gave him a baby sister.  We lived all the way from Minot to Kokomo and then to Sioux City and then to Norfolk, NE, where we moved in June the year Stormie (who wrote us a sweet anniversary blog) had just turned one.  Then we landed in Denver – home! 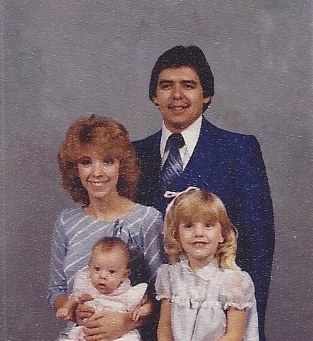 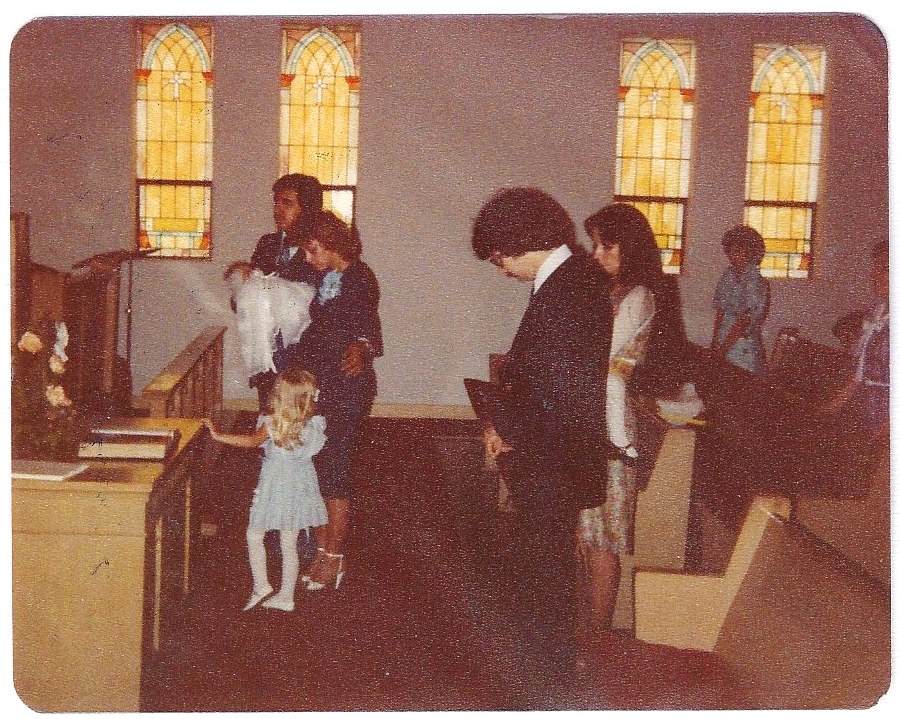 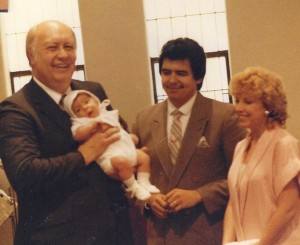 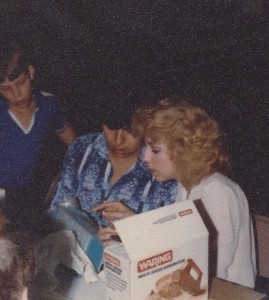 Look!  Through relentless determination and commitment to the pursuit, we got a boy (baby number 4)!

I did my best to be the “sober” pastor’s wife I’d been charged to be when Dave was ordained.  Not my best life’s assignment!. 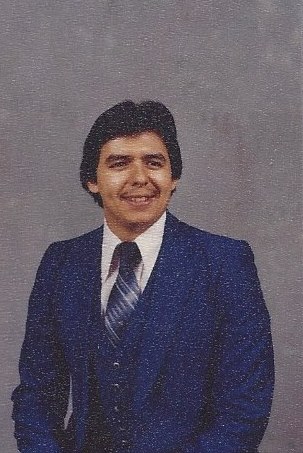 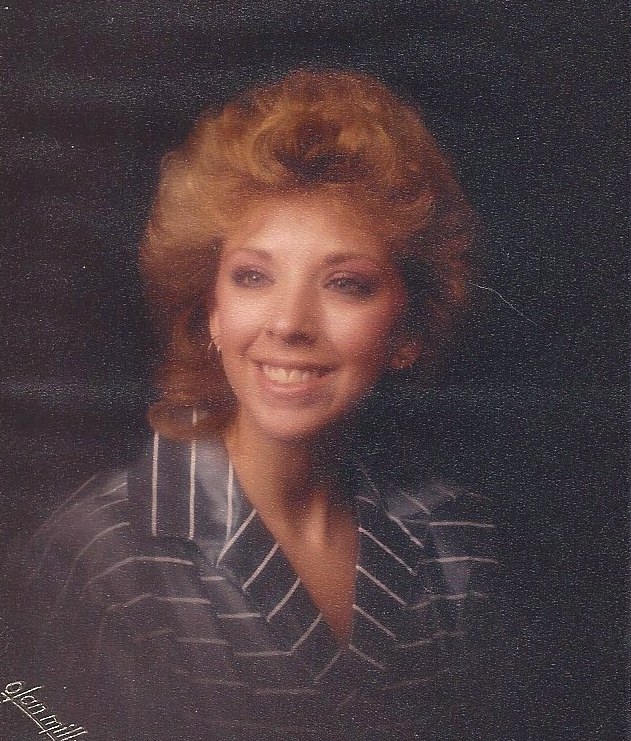 And besides lots of kids, lots of life and love and wow-did we laugh and dream and grow??!! 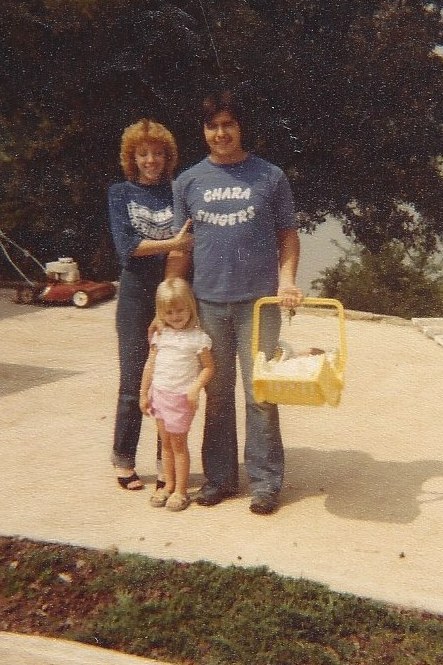 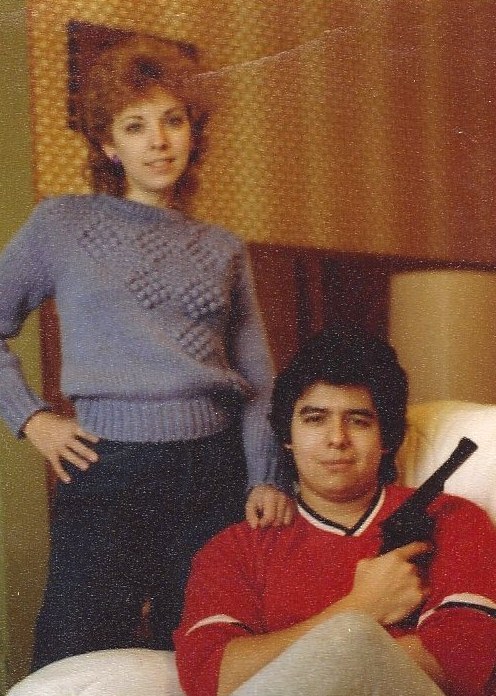 And there were hard times, too, some disappointments and regret and times we were afraid we’d end up like everyone else. 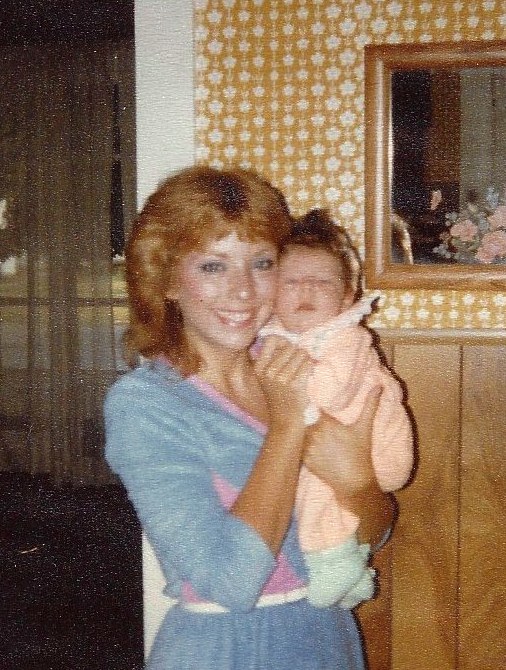 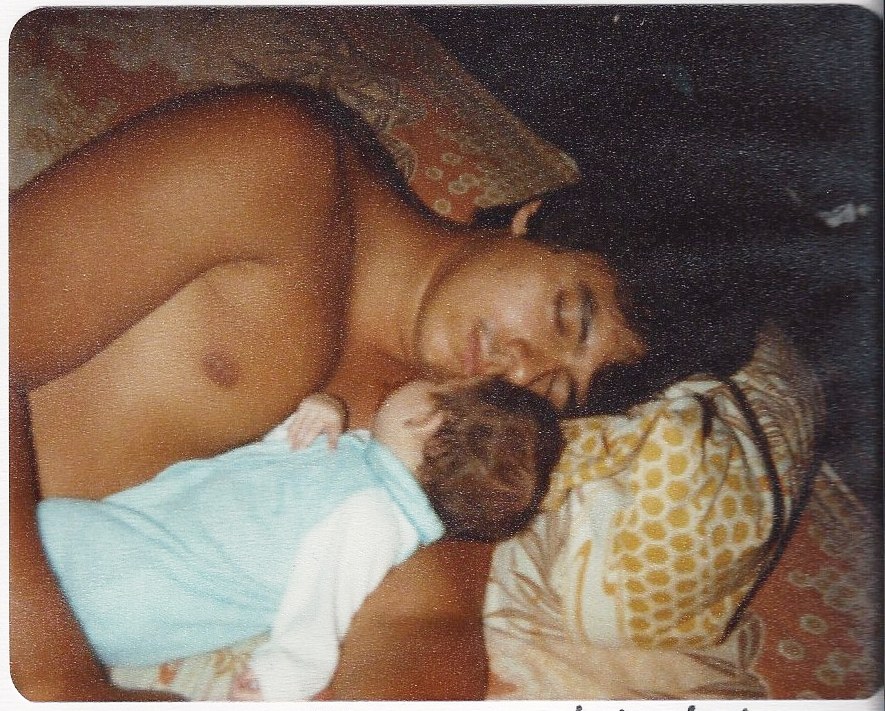 But we made our choices and did them on purpose, together.  It was always all about together. And then we didn’t end up like everybody else.   It was waaaaaaaaay better. 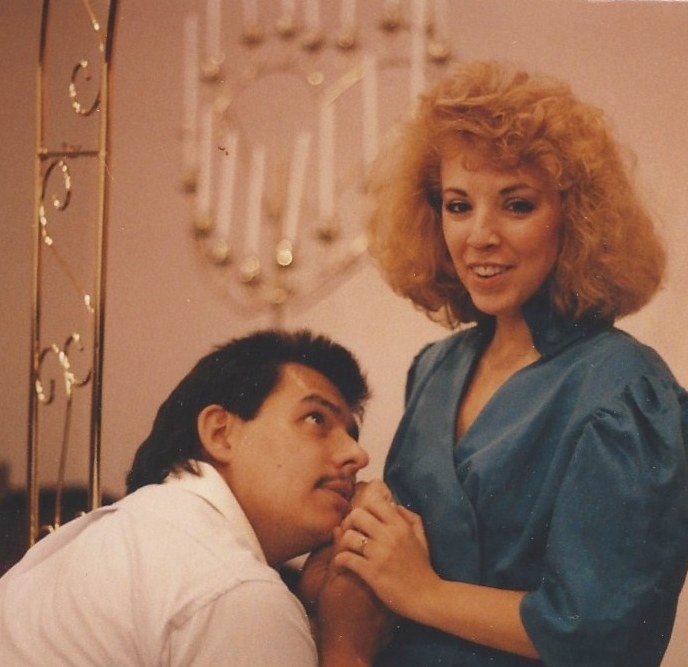 And we made it.  We did!  We beat the odds together. Just like the Shania Twain song. 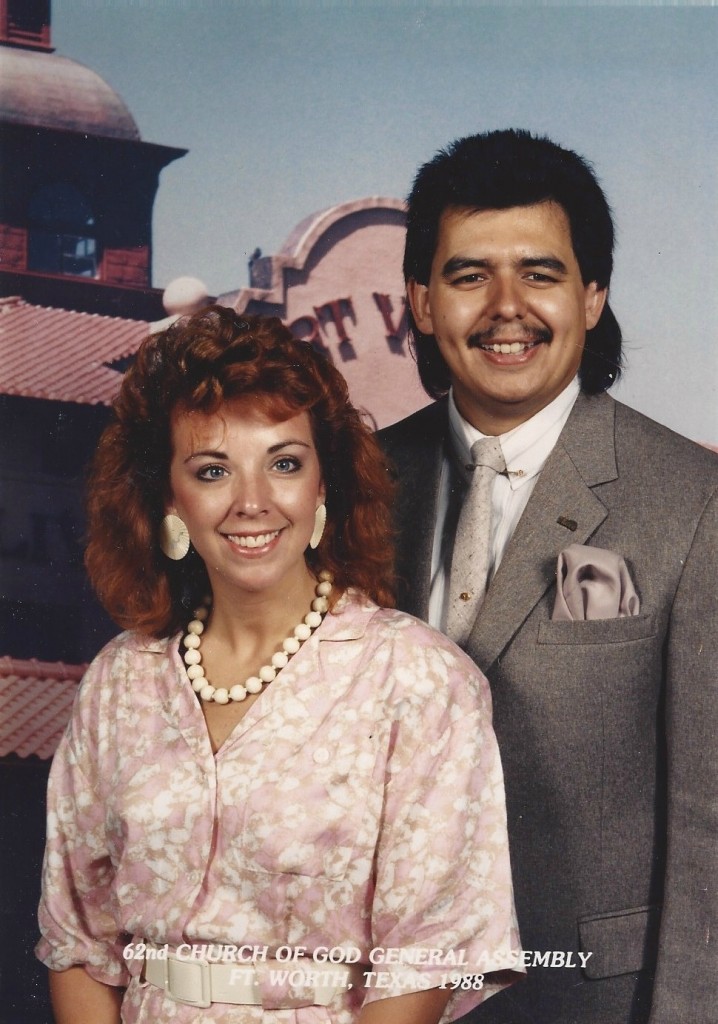 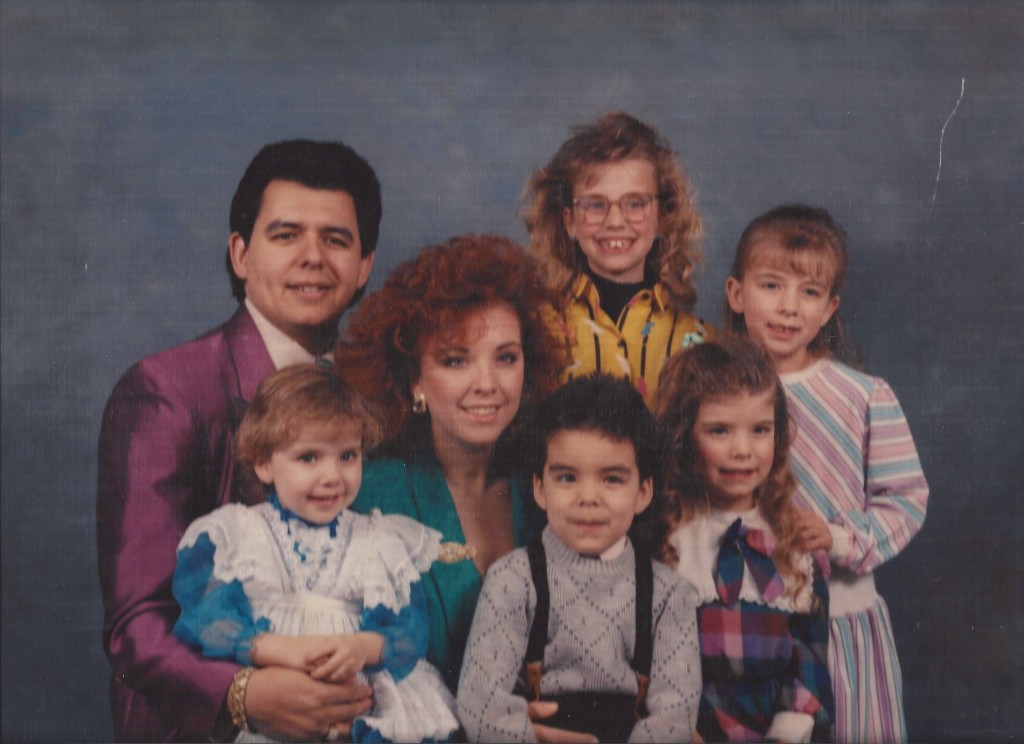 And I love you still. 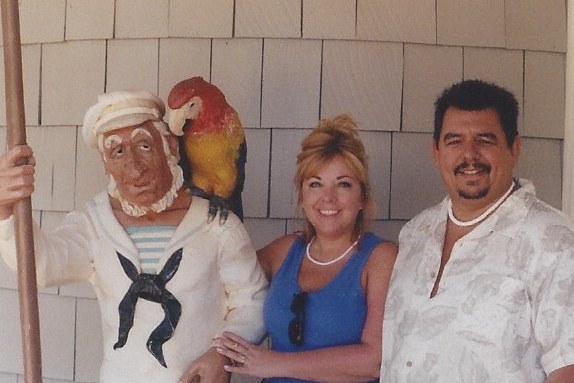 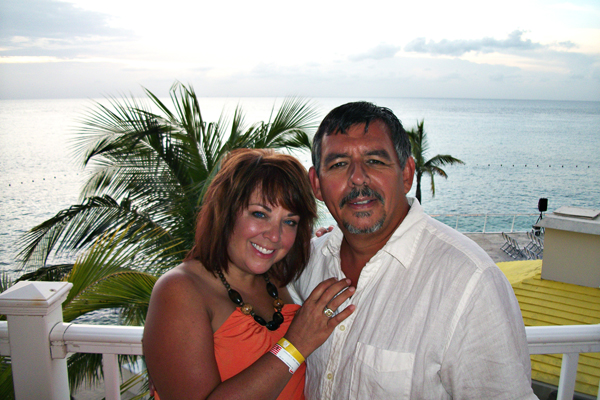 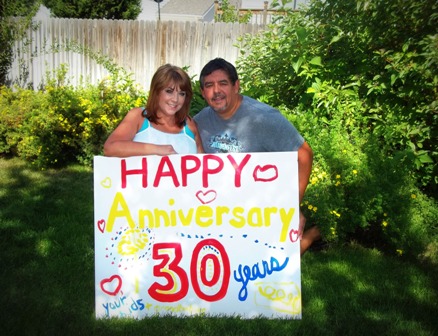 With a sign the kids made us when they “decorated” our yard late one night.  Sweet.

NOTE: The “graininess” was from the photos being in their album covers.  Shoulda took them out, I guess.