Gavin comes over on a Saturday to help his grandpa with some car stuff.  Looking spiffy in his army shirt while they enjoy their fast-food breakfasts, he watches the military channel with his grandpa and thinks maybe the army would be a good career.  Although, he muses, being a fireman might be something he would like.  He has been thinking about it and how to put out fires without inhaling the smoke that could kill you.

The need for speed.

Awhile later, he comes in to cool off from these hot days we are having.  He carefully unpacks the by-permission-only tote full of his grandpa’s very old, original Hot Wheels set up and races some new cars they have just purchased to see if they are as good.  He likes them a lot.  Upon pondering the fact that his grandpa played with those very toys at his age, and then his Uncle Rocky and even his mom played with them and now him, he very thoughtfully sees ahead, “And someday I will give them to my kids.”  There is a catch in my throat.

To him that seems a million years away, but I know the truth – that is just around the corner and yes, God willing, even Gavin’s children will play with those Hot Wheels on miles and miles of that old orange track.

Working on a Saturday.

“Nonna, come and see my office,” he tells me after we had watched 10 minutes of the Hurricane Irene coverage.  He’d been explaining how he is good at science and is seriously thinking of a career as a weather-man, the kind who does reports from a helicopter.  He has a computer and headset and he is feeding reports to a TV newsroom.

When his little cousin Averi arrives, he explains to her that he will be giving her reports from the helicopter while she sits at the news desk.  She runs off at will talking on her little play cell phone and tells him she is too tired to work.  He explains to her that she has to get back to work because he needs to give his weather report to some one.  She is the perfect on-air personality.  He keeps flying around and doing his thing, reporting on the very inclement weather somewhere in the world. 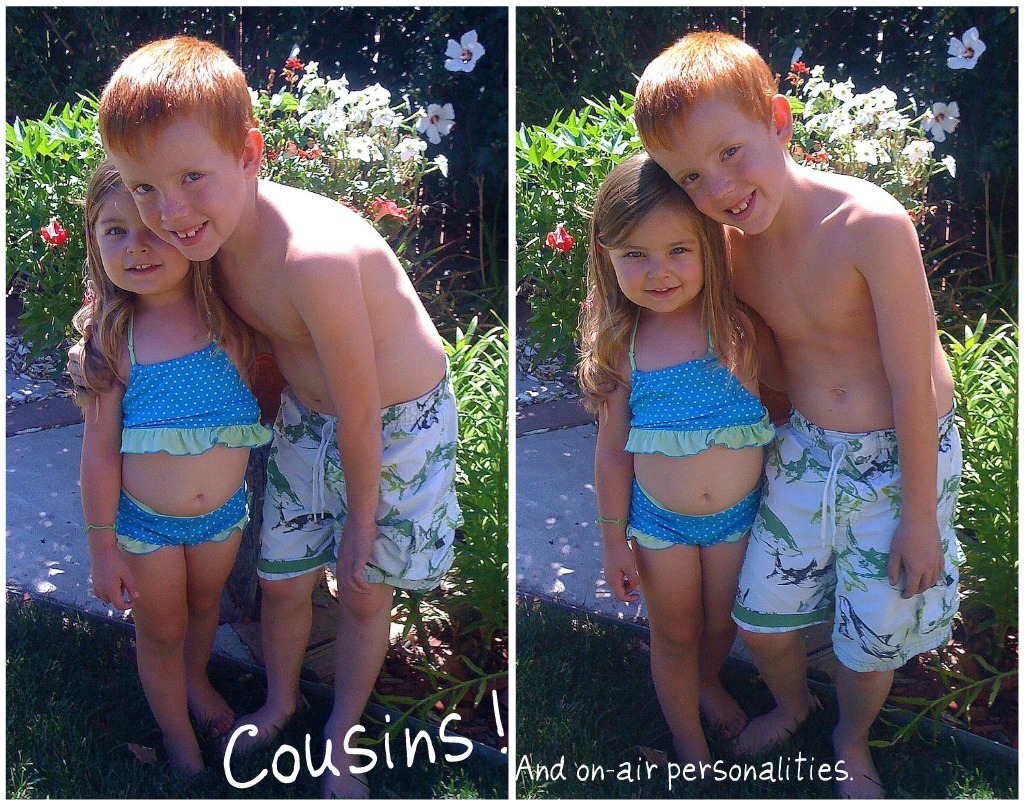 Wise beyond his years.

I ask Gavin and Averi if they’d like a snack.  Averi checks the pantry for something sweet and wonders if I might have candy.  I offer them tortilla chips as an alternative.  But Gavin says, “I’d like a tomato, please, and the salt.”  The kid is genius, truly.  I slice a red, red beefsteak up for him and he enjoys it thoroughly.  And this is undeniable proof that he came from me.

He carries heritage and our whole family history and probably all the quirks, too, and is carefully planning to pass it on in a rich, giving, hard-working, enthusiastic, imaginative life.  He is better than I ever was, or will ever be.

Dave is happy because Gavin said, “Maybe I could spend the night so Grandpa and I can watch some Gilligan’s Island.  Ugh.  See what I mean??  That is a QUIRK!