Yes, there are other things, but come on – it is all about the tomatoes

That gym was packed out!  Parents and grandparents and all sorts of interesting peeps filed in and filled every nook and cranny.  Guini, was, of course, the CUTEST one there!  She threw us smiles throughout the program and waved like a beauty queen from a Cadillac.  The parent organiztion had purchased actual little grad caps and gowns for this year and it was sweet.  She’s my flower girl. 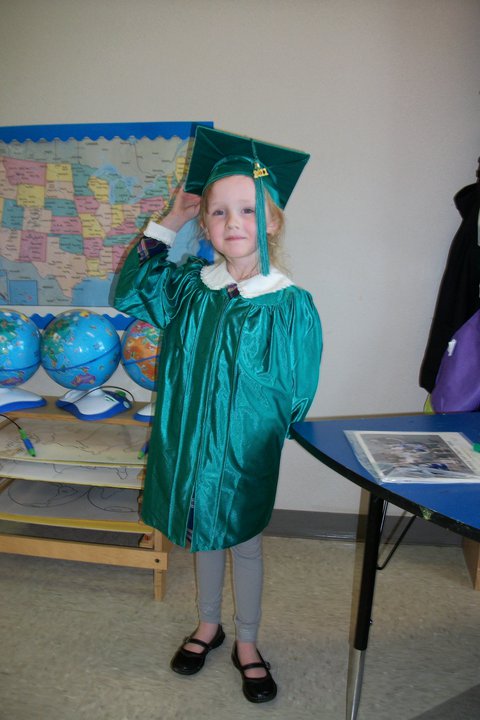 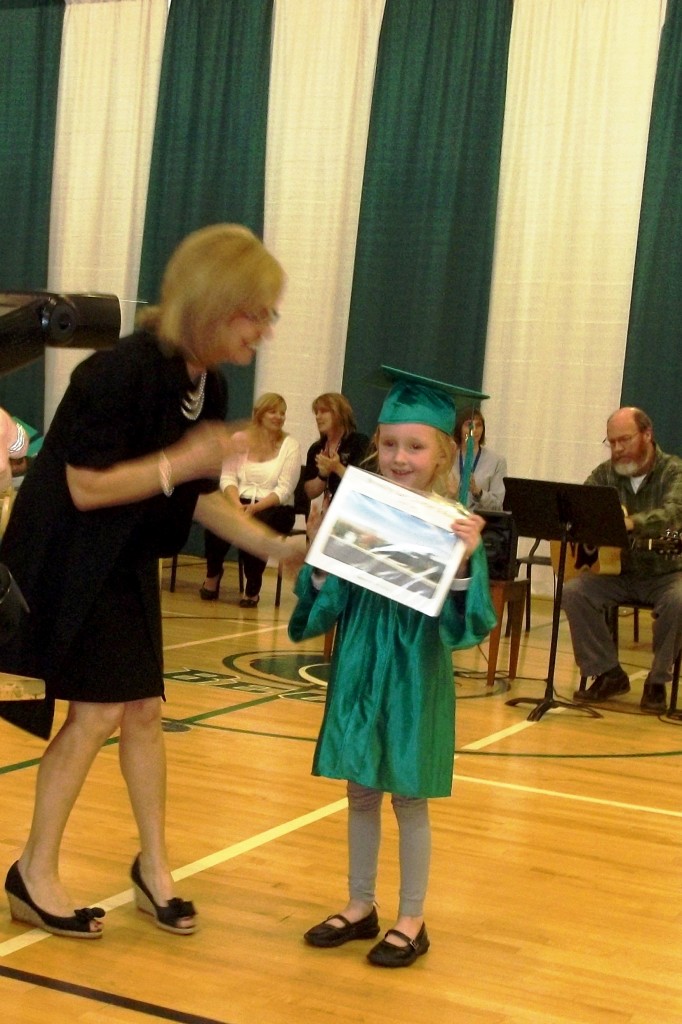 There is our Guini, getting her certificate from the principal.

Hunter’s mommy homeschooled him, but he was also in a Options, a homeschool support group where they offer lots of classes and support for parents one day a week.  I like what Tara said about the graduation ceremony:

I used to think graduating from kindergarten was ridiculous but now that I’m a teacher I think they should graduate every year! Hunter worked so hard this year and I worked so hard that it feels like a perfect way to seal up all that the year has been!!

Options had all the kids wear their bathrobes and slippers and their own designed grad caps.  It was soooooooo cute!  Hunter also won the Excellent Writer award, which, for obvious reasons makes his Poppa and Nonna pretty proud! 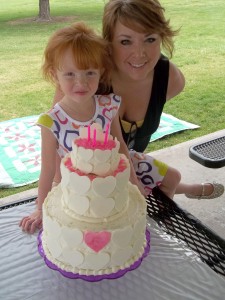 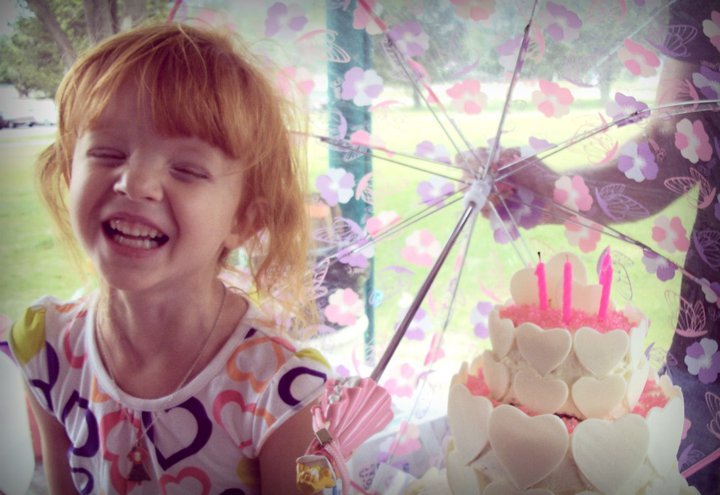 We are doing pre-pre-school now, at least until closer to Heaven Fest and then we’ll pick up again in the fall.  But the girl already counts and sounds out words and knows her alphabet and can write her name and can tie her shoes.  So mostly, I think we will make crafts! 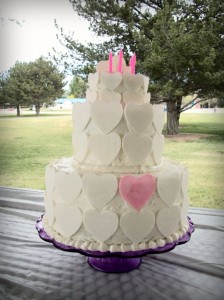 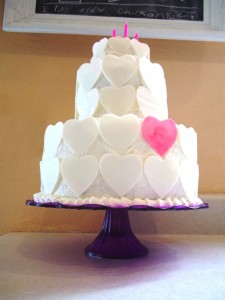 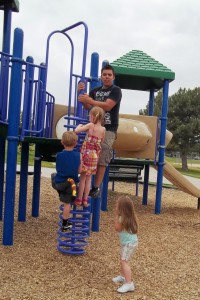 Meanwhile her parents picked a perfect day to throw her a little family soiree at Brighton’s old Benedict park.  It was mostly empty (until we got there, hehe) and there was basketball and bubbles, a crazy game of tag on the playset (watch out for Rocky and Ryan, little bebes) and dress-up and food, presents and superheroes. 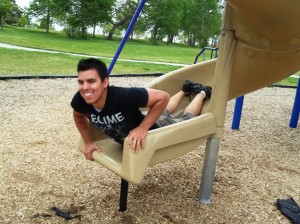 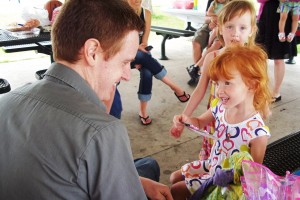 Gemma was just adorable gracious and exuberant about each and every gift.  She squealed and smiled and was unusually grateful and acknowledging for a tiny girl her age. 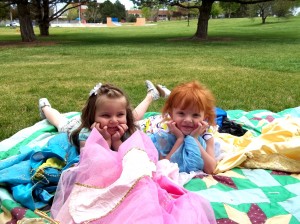 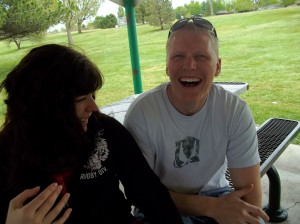 She and her mommy ordered the cake (my honor to make!): a 3-tier lemon poppyseed with fresh lemon curd filling with white chocolate hearts all around, one pink heart representing Gemma.  It’s funny, because this was a smaller cake, but it looks pretty massive.  Other cakes I do that are gargantuan don’t look as large in photos, so these pictures make me happy.  The   bottom tier was actually just a 2-layer 10″ cake, then a 2-layer 6″, finally a one-layer 3″ tomato can with some filling piped in (sort of a large muffin-size).  I used the very whipped and creamy lower-sugar Almond Butter-Creme icing, then just cut the hearts out and pushed them in a bit.  Kinda delicious, actually. And since it was such a lovely Sunday afternoon, no bugs, no intense heat, the cake held right up to the afternoon and looked pretty sweet at the party! 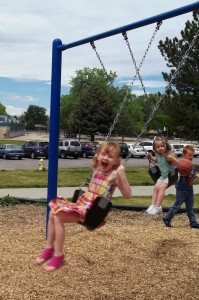 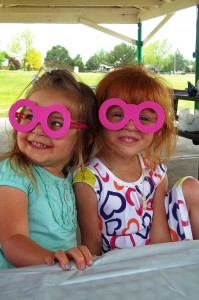 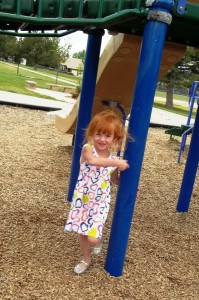 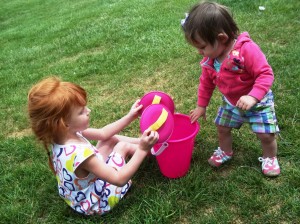 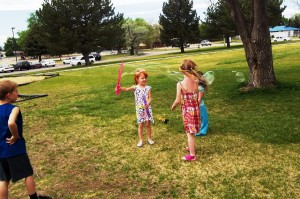 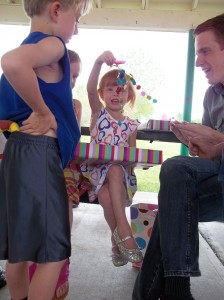 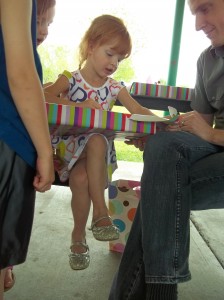 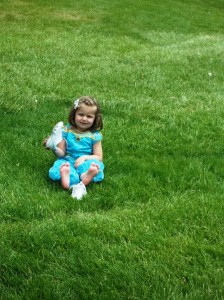 Rocky is ridding his new yard of bad “xeriscaping!”

Green!  Grass!  Hard work!  Why did everybody in Colorado in the late 90s and beyond think they could save water and energy by dumping 18,000 tons of rock in their yards?  Xeriscaping does NOT equal rocks, people.  Geesh.  Let the mowing begin!

Gavin is officially a third-grader now! 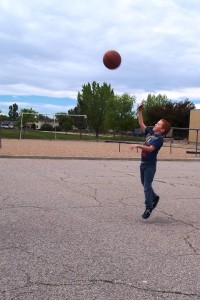 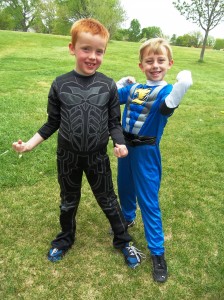 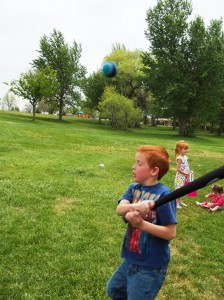 The first of the grandbebes.  How is this possible?  He, who loves-loves-loves hard work (including helping people move and gardening and mowing and just all your basic slave-labor) just told me he plans to take the entire summer as a vacation from any sort of work.  He said this while helping his Uncle Rocky load a slide and BBQ grill onto the back of the pick-up truck in the hot sun.  Yeah.  I don’t think so.  But he is almost 8 and almost in 3rd grade so he is probably going to say all sorts of silly things now.

Heaven Fest fun is ramping up.

Had THE greatest leadership meeting Sunday night at The Ranch in Loveland.  I looked around at 75 people or so, many of whom I’ve yet to meet, and realized, “Our family is growing.” 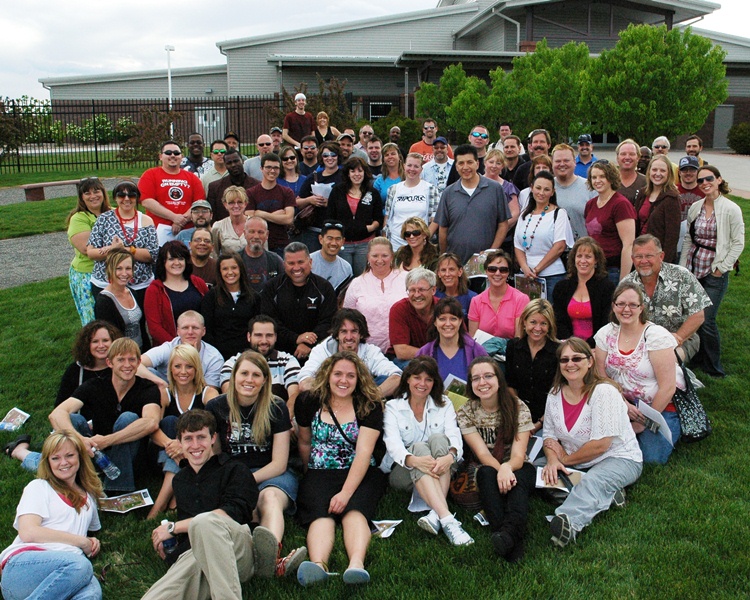 I think most of the group made it in to the pic.  Can you say “indoor-air-conditioned stages”?  Oh yes!  Three of them!  8 stages, 100+ artists and bands.  Giving hundreds of thousands of dollars away.  Good times!  www.heavenfest.com

Tomatoes are being sunk deep, deep into the center of my garden squares, where they will happily make themselves at home and start producing lots of sweet, juicy red tomatoes – just for me!