We were trying to throw some fabric remnants over the kids for a little homemade nativity scene the other day.  Hunter did NOT want to be "Joseph," Jesus' earthly father…that is until he found out Joseph is usually depicted with a staff, known by Hunter as a "stick."  We showed him the tiny Joseph from the nativity set and when he saw that, he was in all the way.! In this picture, he is waiting patiently for the other kids to get into their remnanted-costumes. 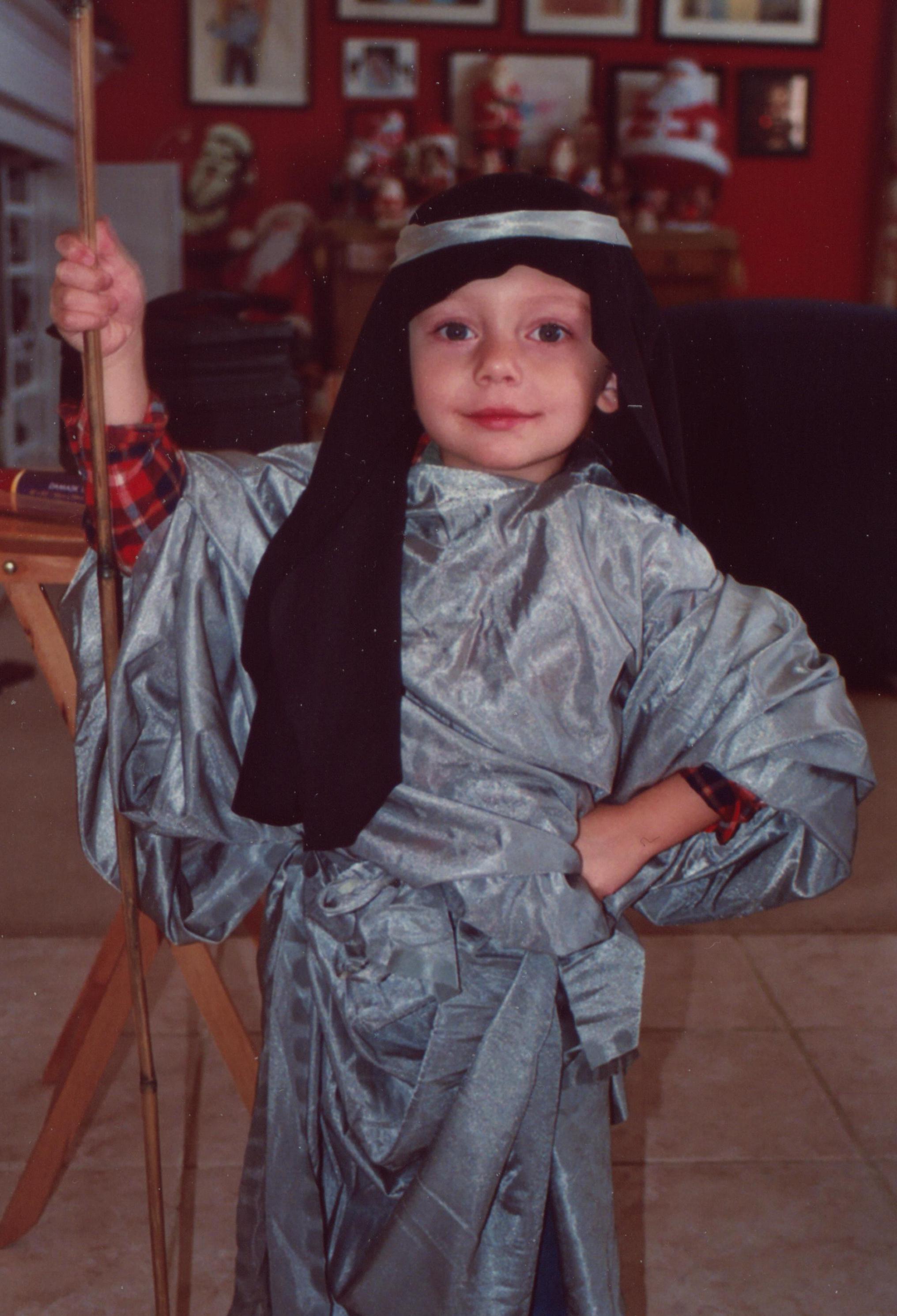 Just another December day at my house…Jeanie

NOTE TO SELF:  Next year be better prepared for photo shoot with actual costumes!!! (AND – lots of help!  Yowzers!)