So, yeah – I finally “caved in” to it not  long before the wedding and had to temper myself from wildly embracing it throughout the wedding-work.   But it actually inspired and motivated me so much it became my reward for long hours worked!  Five minutes on Pinterest is like an hour-long massage, or a 40-minute Calgon bath or even my favorite Maggiano’s Ravioli meal with cheesecake afterwards…only it is calorie-free!!  It is social (I can follow you and you can follow me and we can “like” each other’s pins and even comment on them), it is creative (everything on the internet that even remotely interests you can be a part of one of your “boards”), and it is F-U-N to PIN!

So, I thought I’d start a series called Monday’s Most Interesting Pinterests.

And who knows?  This may be the ONLY Monday I ever do it.  Or I may remember some other time?  But since I just got past the wedding, I thought I would show you some of the sites and images that were “pinned” to my “Goin’ to the Chapel” board.  These were things I came across while surfing the ‘net for ideas and pinned myself, or which some one else on Pinterest had pinned and I re-pinned because they were wonderful.  Some we used, some we didn’t, but it never failed to make me happy when I would just quickly go back and scroll through the images.

This is what the top left of my Pinterest page looks like today.  I will probably move “Goin’ to the Chapel” to the bottom now and “Love & JOY come to you – CHRISTMAS!”  will move to the first “board.”  http://pinterest.com/jeanierhoades/

These are some of the images I have looked at time and again, with their original sources where possible.  Even though there are those we didn’t out-right use, I bet if some one looks closely enough, they will see the influence of them here or there when I reveal the wedding photos.  We did just get Ellie’s photos and even though she came as an “extra” and not the actual photographer, WOWEE – the pics are great!  She totally captured the lighting and vintage feel of the wedding exactly as my memory is holding it near…

And now a look back at a few of my pins over the past couple of months. 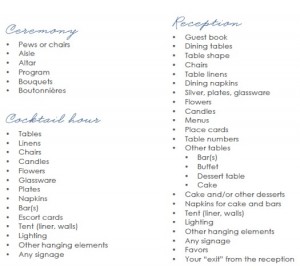 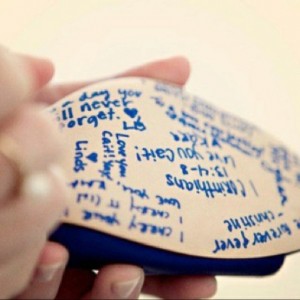 These two images represent important words.  The one on the left is a list I used to kick-start my thinking about the wedding and all the decor to think through.  It was one of my very first pins.   The one on the right is one I happened across on Pinterest the day before the wedding.  I thought it was cool for bridal attendants to write good wishes on the bottom of the bride’s shoes, but we didn’t actually use it. 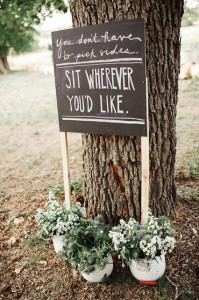 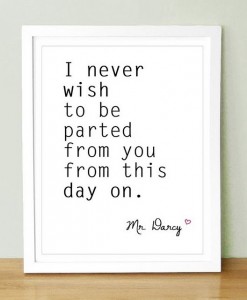 More words.   The image on the left was an early pin, too and we actually ended up using it at the wedding.  It was the very last sign to be made and sweet Mairin Bierer painted it for me.  The whole wedding was family-only so anyone could sit anywhere.  The quote on the right from Sense and Sensibility, from the subdued-yet-passionate Mr Darcy was used on water bottle labels, too. 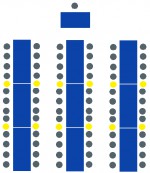 I actually looked up info on seating requirements (how many inches between tables and all that) from a banquet site, because we had the reception in a small barn.  We went and set it up 3 weeks early and it was so hard to tell if it was going to work right.  But then I found the image with all the people above and I knew we had done exactly what would work and that the barn would look full and happy for us and it really did.  The image on the right was my great hope and my expectations were happily exceeded. 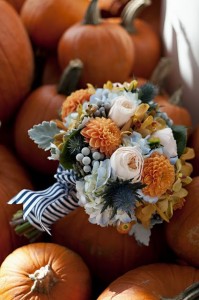 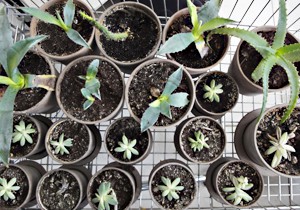 Succulents.  I fell in love with the idea of succulents.  I even actually grew the succulents used in boutonnieres and corsages and Tredessa’s bouquet right in my own kitchen windows!  Succulents are wonderful, textural, green and very self-sufficient.  The girls said I just liked saying the word ‘succulent’ because I said “succulent” so much.  But come on – after the wedding, you can just plunk the succulent into soil and it will re-root and grow more.  A miracle!  I did find out, though, that they are heavy and need more support than regular flowers.  And I did not realize that until 11 o’clock the night before the wedding.  And that was no bueno.  I am still enjoying them thoroughly so it is going to be succulent-city around here all winter, baby! 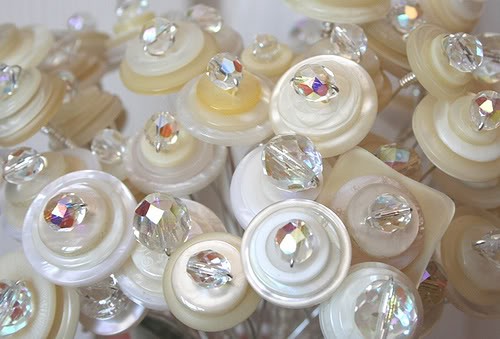 I saw bridal bouquets made totally from old brooches or buttons and while I was not sure if we’d go that direction, when Stormie brought a big container of vintage buttons to a wedding work night, I knew I would.  I actually was able to stack bejeweled rhinestone buttons atop plain ones and add them to Tredessa’s bouquet.  But we didn’t do white buttons.

Vintage labels. Tre and I liked the ones used in the wedding on the left, which they had designed themselves.  We knew Stormie could do that, too, but then found the free-down-loadable ones on the right.  Stormie just intensified the colors and added words and we used them on water bottles, decorative bottles on the tables, the dessert bar and other places needing explanation.

Tredessa was not set intently on a cake-as-the-centerpiece.  the cake to her was just one offering to be among a nice selection of other desserts.   So, I used Pinterest to collect photographs of other weddings where it had been done very well. 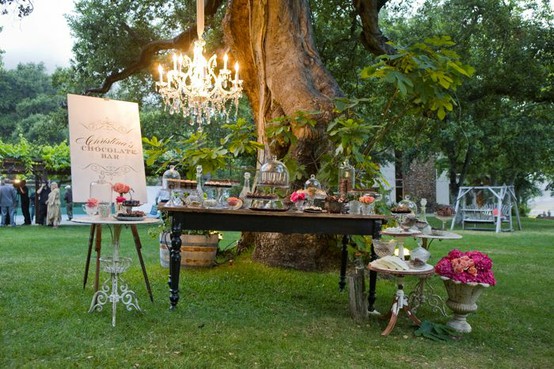 This one above was one of my favorites.  Theirs was only a chocolate bar and of course we had chocolate, fruity sweets, a caramel fountain, cinnamon and spice items, short-breads and etc.  But I thought it captured the vintage look Dessa wanted with the old table and I ended up using my old desk/table from my office at New Hope because of this photo.  It seemed feminine and sweet and I think you will recognize this image’s influence when you see the wedding photos. 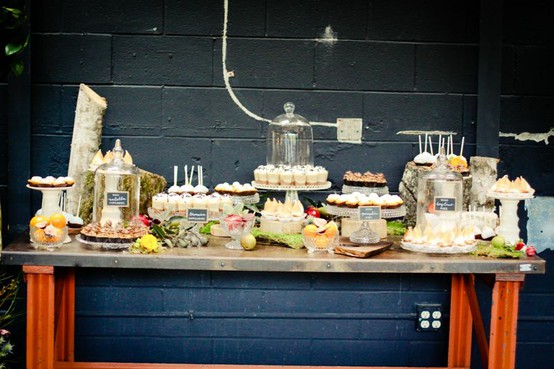 I think what caught my eye here was that the space was not a typical wedding space and the table was industrial, not fancy.  We also were not having a “pretty” space, so I wanted to be sure the presentation was lovely like theirs.  Varying heights.  Pretty colors.  Various materials. 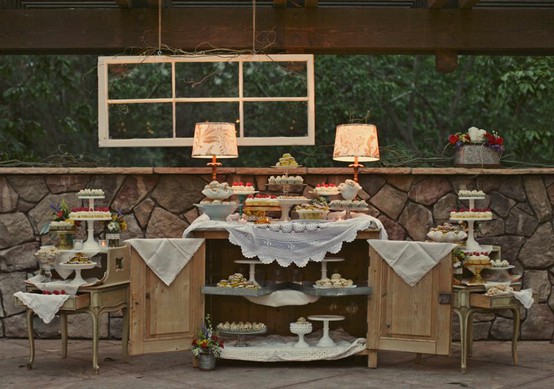 The use of furniture and old windows made this dessert display interesting.  I ended up not using this too much, but Stephanie totally merchandised the gifts area with old furniture. 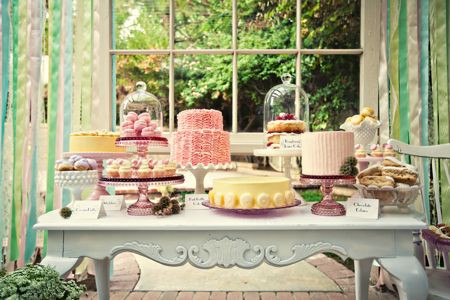 Again the old table inspired and I think it would have been great fun to have had lots of smaller cakes.  Isn’t this pretty?  This is what you can find on Pinterest for your next party! 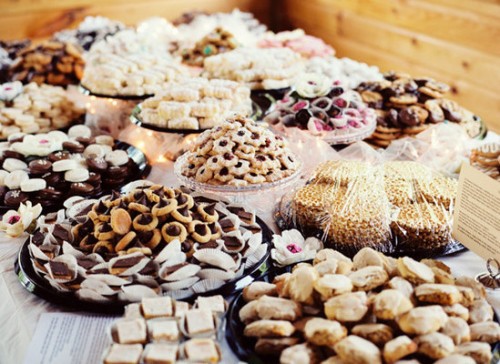 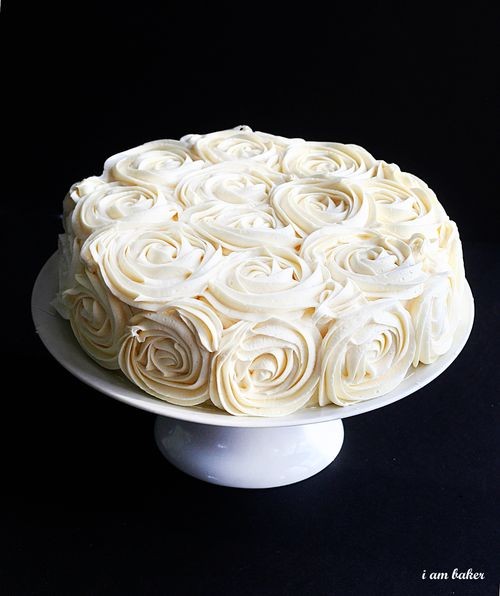 The hot wedding trend, according to what I have seen on Pinterest, is bite-sized cookies and lots of them!  And since Tredessa didn’t care for a fussy cake, I knew this pic from Pinterest would be somewhere in my cake design. 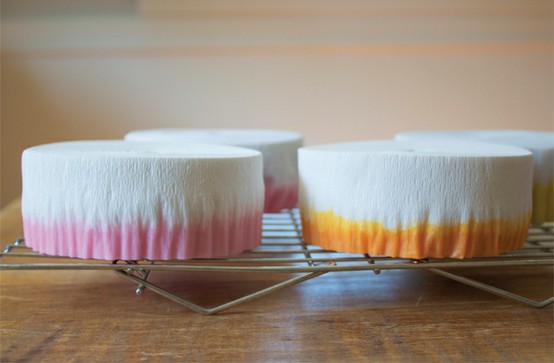 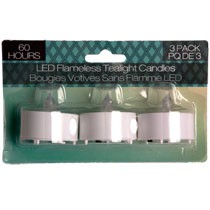 Pinterest has so many pictures of the thousands of ways you can use good old-fashioned crepe-paper streamers!  This is one where you dye just one side before decorating.  We didn’t use it at all, but because I pinned it, I will remember i for the future!  The little “fake” candles allowed us to have “candlelight” everywhere without fear of burning down the church or barn.  Thank-you Dollar tree!

Is anyone surprised that the Rhoades family planned a photo booth?  Dess liked the “living room” idea. 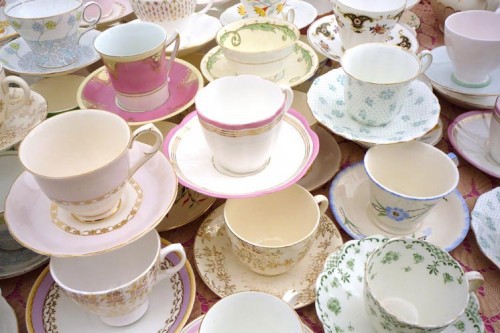 Stormie and I pulled out the family China we both have.  It was mixed with the caterer’s China.  Because of you don’t get the good dishes out for a family wedding, when on earth would you use them?  We ended up stacking cups and saucers sort of like this for hot tea and hot chocolate. 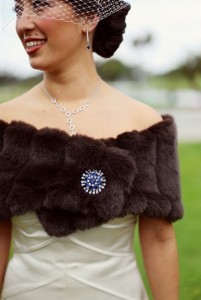 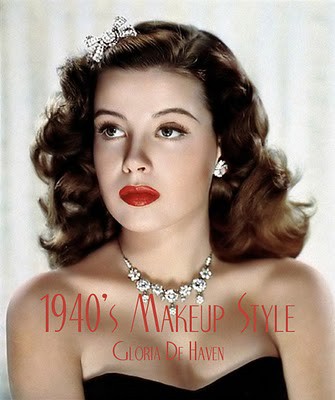 I wanted a stole after I found the image on the left.  I also wanted a green dress, but never got around to actually getting one.  I ended up in aubergine, aka “purple.”  Tredessa, like me, is a 40’s girl and that was the feel she was going for.  Several of her attendants did 40’s do’s and red lipstick.

Before we ever even got the barn, Tredessa and I were drawn to long family-style seating with elegant, yet not fussy table settings in barn-type spaces.  The images on Pinterest definitely influenced our desires, which we fully fulfilled.  We even had a chandelier.  Two, actually. 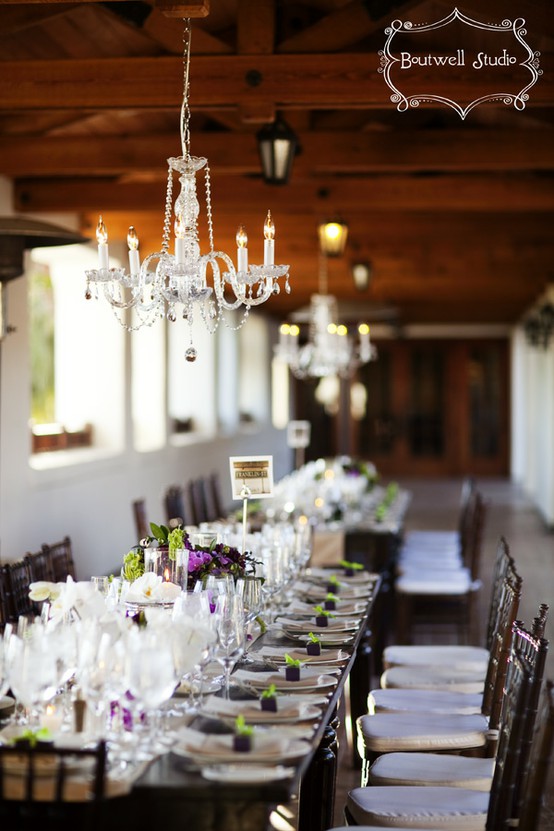 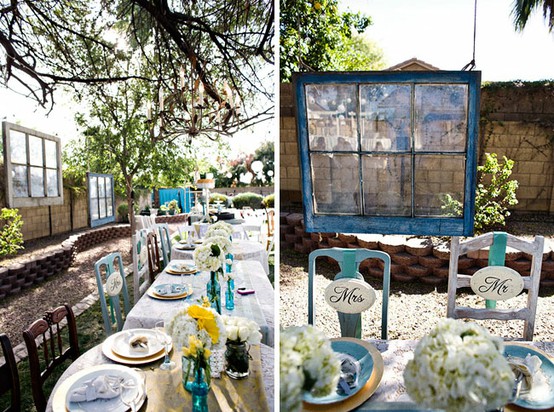 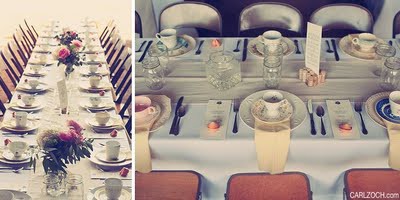 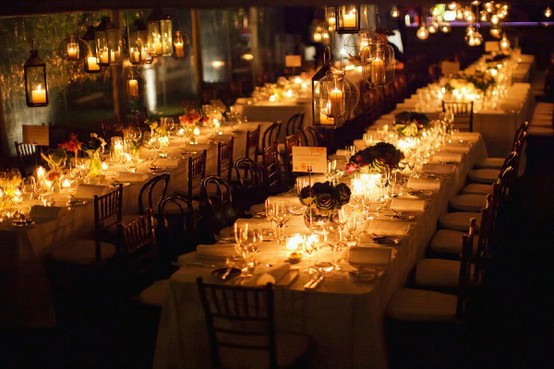 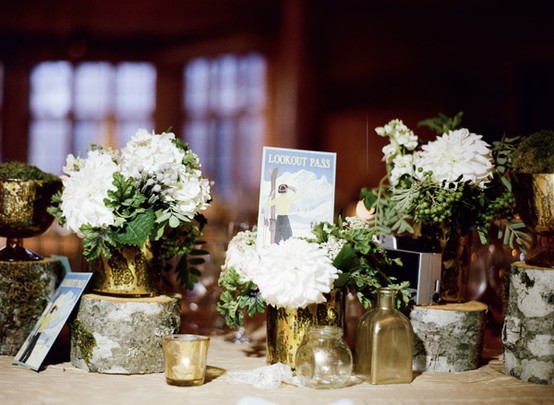 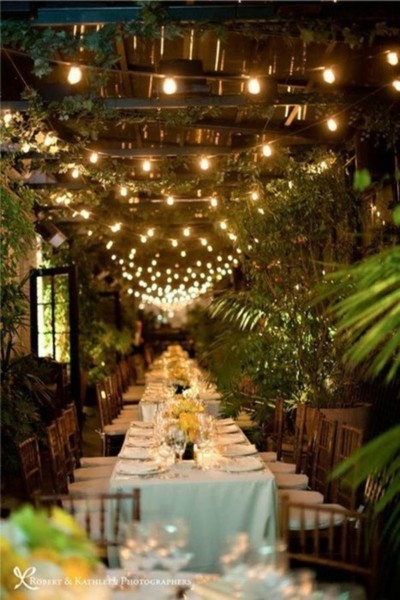 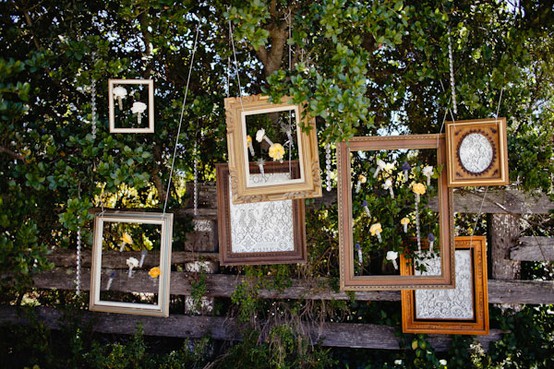 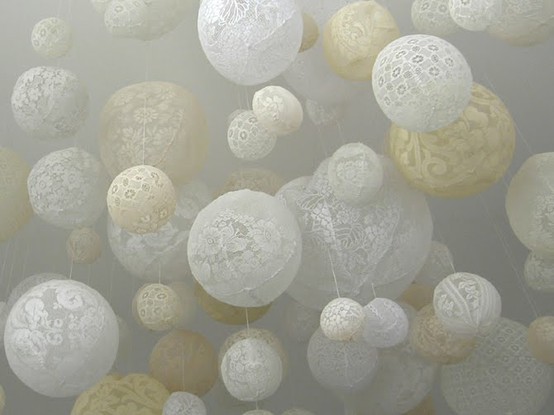 Old lace showed up at Dessa and Ryan’s wedding in frames and lace balls we made ourselves.  Thank-you Pinterest! 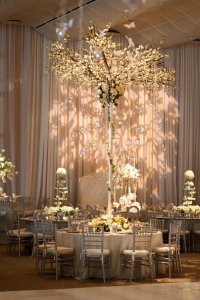 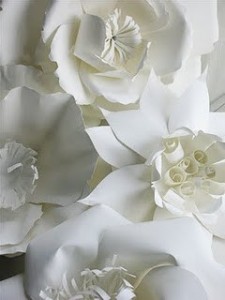 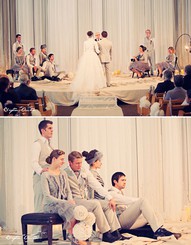 The huge, gorgeous white tree in the left image, which was part of a top-notch event at a grand Denver hotel, inspired me for our teeny-tiny chapel, where there were hand-crafted paper flowers (yes, we found tutorials on Pinterest), and we all liked the theatrical, casual seating of attendants from the image on the right.

I love Pinterest. I started, I think, the 3rd week of September.  I will miss looking at this particular board so much, but it remains to inspire others.  Moving on to Christmas.  My good friend Pearl just asked me if, post-wedding, I was resting.  I said, I am Pinteresting.  Hahahhaha!

NOTE: Send me your email if you would like to be invited to Pinterest.  I can get you in!

And: Anything I did not link here, you can find the original links to on my Pinterest, Goin’ to the Chapel.

3 thoughts on “Monday’s Most Interesting Pinterests : Going to the Chapel”