October is orange.  Of course.  But it is also a red that is so full of depth and dimension and fiery-varience it can hardly be described.

My neighbor’s Maple has languoriously (not a real word, I know), gone from deep late-summer green, the leaves still fully affixed due to mild fall days and nights, to a light-to-deepening golden peach-to-orange over the past week.  Then yesterday, I swear, as I walked back into the family room with with a hot cup of coffee, it went red.  Just like that, before my eyes.  It nearly took my breath away.  Moments before, a glowing, lovely amber-rusty orange, then, poof.

Red. A fully florid, cherry, sanguine scarlet.  A puce, a rufescent russet,  a bloody, blushing, gushing, infrared hot pink mixed with flaming chestnut and rubies and gleaming copper, all at once.  It is shimmering and irridescent fuschia, yet dense and heavy garnet, a ruby.  It is bittersweet in both color and the evoking of raw autumn melancholy. 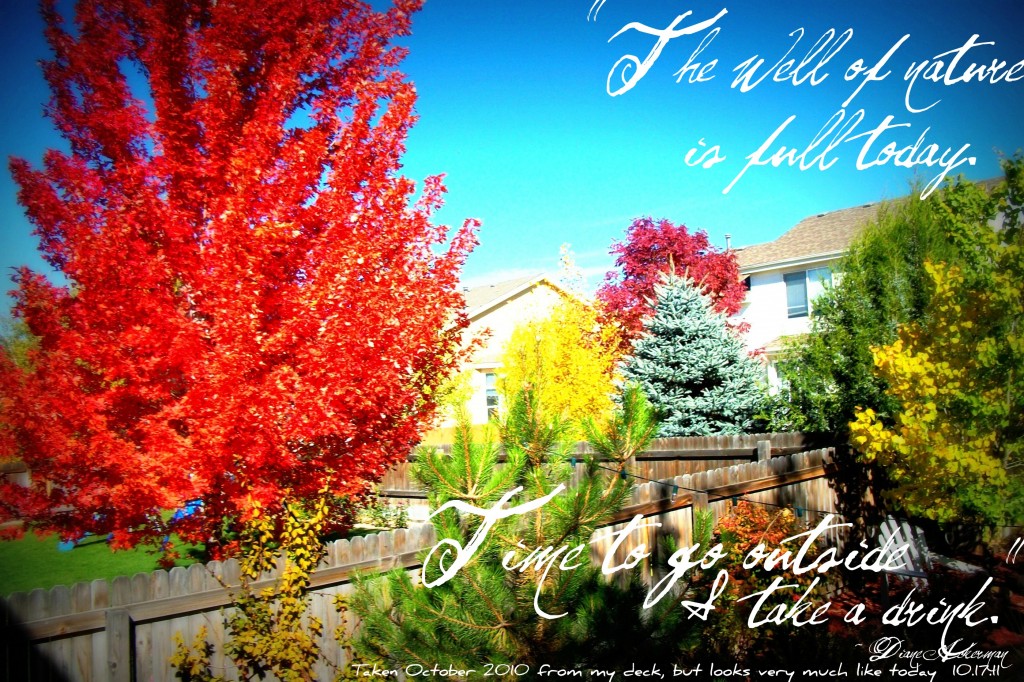 “The well of nature is full today.  Time to go outside and take a drink.”  ~ Diane Ackerman quote.  Photo, piknicked, of course.  Vignette.  Cropped, etc…This photo was taken Oct. 22, 2010, but it looks almost exactly the same out my window today.  Almost.