Sandy is roughly 12 years old (we hauled her home after some one abandoned her at the landfill; she is truly our “junkyard dog”).  We aren’t exactly sure of her age, but we have had her since May of 2001, right around the time Tredessa graduated from high school.    She has been proclaimed younger by veterinarians, up 4 years younger than the years she has been around.  So we call it twelve.  I think that means she is in her 60s, human-year-wise.

Btw, using the opposite calculation, I am not even 10 yet (in dog years), which is nice.

Sandy-the-Dog came to us wild and woolly and looking so much like Chewabaca we wonder now that we didn’t name her that.  But we chose Sandy for the dog in the Broadway-musical-turned-movie the kids so enjoyed over and over and over when they were little, “Annie.”  Serendipitous that a couple of years ago, she actually got to play Sandy in the community theater.

She still loves to run the back yard and cheat at the game of fetch, meaning you can throw it and she’ll run to get it, but then she will jet around like a banchee and never bring it back.  You have to chase her to get it.  That is Sandy for you.  She still seems playful and puppy-like to me because she is sweet and kindhearted and loves people like crazy (so much like my mom, I tell ya!). 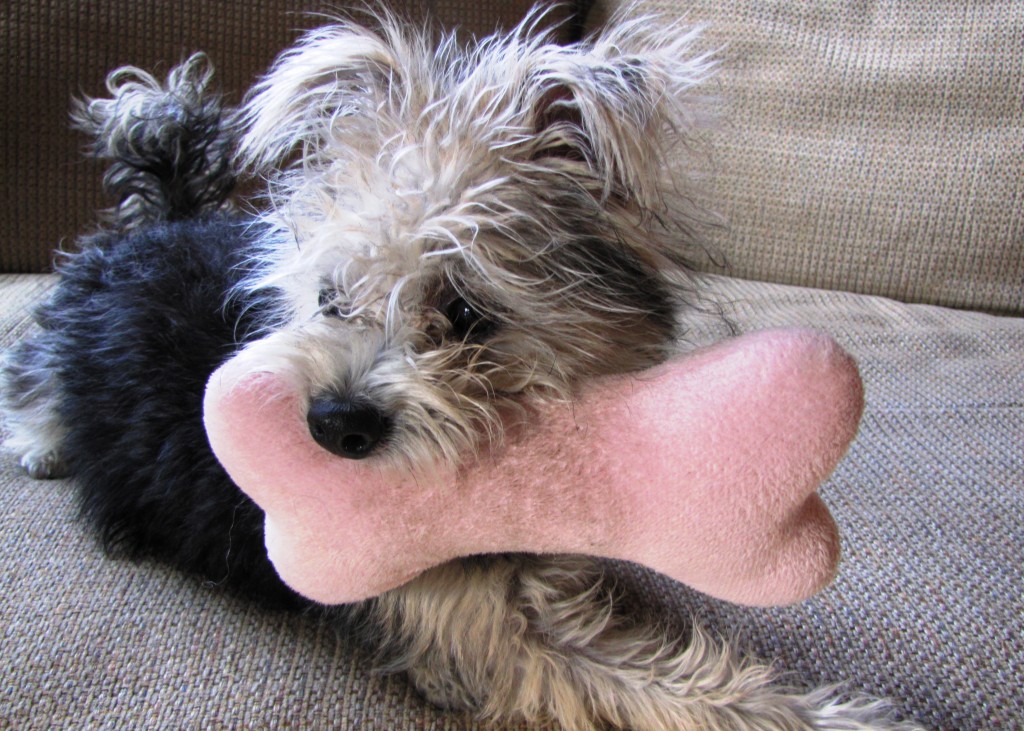 But then a real puppy comes calling.  Yes.  Tuppy-the-Puppy (shown above) spent 3 days with us last week.  And holy-moly, that little booger moves fast, jumps high, can switch from forward to reverse and back again on a dime and even though Sandy has at least 50 pounds on her, Tuppy was not shy about trying to be alpha.  Sandy was rather unaffected by her cuteness, but they get along just fine.

So there we were.  Two dogs.  One is super-colorful-fast-forward.  The other living in black-and-white-slow-mo’…

Quite the sight.  I realized how old Sandy really is getting to be.

Tuppy is less than 5 months old and is the picture of a tiger-by-the-tail.  She made me laugh constantly, jumping on my head and biting my nose, snuggling close for a quick nap then on-the-go at 95mph. 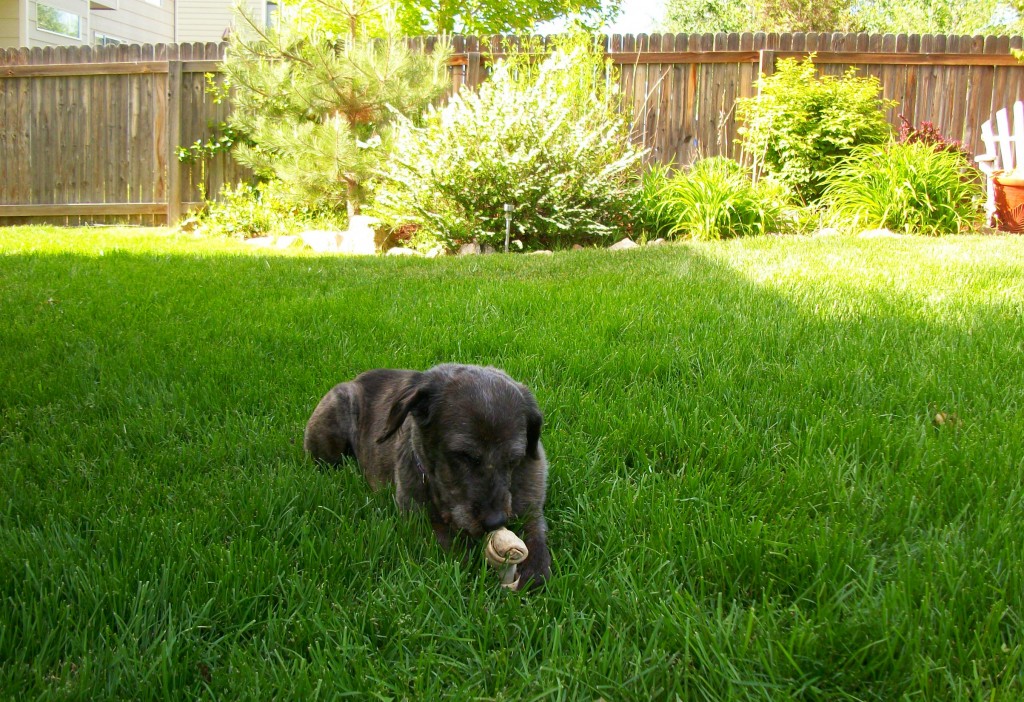 Sandy (with an extra-short haircut)

Sandy, true to her German Wiredhaired Pointer characteristics, lives to please us.  She is like a trusted friend, always ready with a warm greeting when I come home, edging as close to my feet as possible when I sit.   In fact, where I go, she goes.

Sandy is going to die and break my ever-loving heart, isn’t she?