My TOP TEN songs about house and home.

This playlist is a huge category.  There are soooooo many songs about hearth and home or houses and hometowns.  Quite overwhelming, actually.  I had to leave off another 8 or 9 that I really liked (like “Lucky” Jason Mraz and Colbie Callait – to be used on a future list)  just because I was determined to keep this list at 10.  There is a playlist from YouTube at the end of this blog that includes each of the songs I have written about here.

I’m a home-grown, home-loving, home-girl.  I don’t necessarily mean a house, either.  I mean home the feeling, home the people.  Home.  Sweet home.

LORD, it seems You have been my home forever, from ‘once upon a time,’ to ‘happily ever after,’ (from before the mountains were formed until time is no more), You are God and You have been my God and my home.  Psalm 90.1-2, my paraphrase

Check out my top ten songs and why they made the cut.

Long story, told as sparingly as possible.  The rest are shorter.

Why do I love this song?  There is a whole family story.  I cannot capture it here, but suffice it to say that my brother Joe (yes, that Joe), ran away from home.  My dad had accepted a church far, far away from any home we’d ever known and there was some culture shock and he was a HS freshman and of course, we showed up mid-year, so it is hard.

It tore our family up – days of Joe just missing.  But after the better part of a week, he was found and the police were putting him on a plane and my parents drove to New Orleans to get him and he wasn’t there.  The airline said he hadn’t boarded.   We all mourned even more.  My mom was sick with sorrow.  We assumed he ran again after the police delivered him to the airport.  There was a heavy darkness at our house.

Then a phone call: the flight he’d been on was cancelled – he arrived late (airlines can be dumb).  We all climbed in the Ford Station Wagon and went to get him.  What a relief.  There was much love and my dad took us to a really nice steak house and we feasted on the fatted calf, so to speak.  The son had come home.

It was nearing midnight, I think, as we drove back to Robert, Louisiana, past our school-night bedtime.  The excitement was quieting down and we were just so happy he was there.  The family was settled in listening to the radio, still, as the car hummed along.  Just as we pulled in to the driveway, John Denver’s voice filled the car

There’s a storm across the valley, clouds are rollin’ in

the afternoon is heavy on your shoulders.

There’s a truck out on the four lane, a mile or more away

the whinin’ of his wheels just makes it colder.

and ten days on the road are barely gone.

There’s a fire softly burning; supper’s on the stove

but it’s the light in your eyes that makes him warm.

My dad put the car in park, but none of us moved, not a muscle.  We all sensed the holiness of the moment, the serendipity of this particular song at this distinct second in time…and we just sat there…in the driveway…in the late night – listening, knowing somehow God was blessing the boy coming home.  We listened to every single word and note of that song, almost afraid to even breathe…

It’s the sweetest thing I know of, just spending time with you

it’s the little things that make a house a home.

Like a fire softly burning and supper on the stove.

And the light in your eyes that makes me warm.

Hey, it’s good to be back home again

Sometimes this old farm feels like a long lost friend

It was a moment barely spoken of for years, for it was too precious.  And it was this monumental transcendent time-fragment we’ll never forget.  Because for all of the fear and sadness and rejoicing those days had brought, that moment became the time we knew we were together, all those miles from our kin and the life we’d known before, and we were home.

And the brother I loved was safe.  My little Joey.

So how could I not love this song?  It’s my number one song about home.

#2  The House that Built Me, Miranda Lambert

This was the Country Music Awards song of the Year in 2011, I believe, maybe 2010.  Such a great song.  It is the story of adult going back to the house she grew up in and asking the owner to let her come inside to look around.  She calls it “the house that built me” because of all the memories of her experiences growing up there.  It immediately, when I heard it, reminded me of 1723 York Street, an address which, if you read this blog, you’ll recognize {the house of my carefree-childhood memories}. A quick search and you will see the address shows up regularly here…I wonder how many times?  :)

And I have always wanted to go back there, to my house-that-built-me and see if I could go through it.  And if the owners now ever stumble on this blog – I hope they won’t think I am crazy.  I hope they’ll just watch the Miranda Lambert video and be able to understand that many-many-many years ago, I was a little girl there, and the memories are sweet and fine.  O, the projects I planned and the dreams I dreamed and adventures I experienced there…

I thought if I could touch this place or feel it

If I could just come in I swear I’ll leave

Won’t take nothing but a memory from the house that built me.

#3  Home is Wherever I’m with You, Edward Sharpe and the Magnetic Zeroes

This song is so fun-gritty, backwoods-country-AND-modern and did-I-mention: fun.  The sentiment is that “home” is where your “people” are, the ones you love the most, not so much a location and street address.  And that is a true thing!  Cute-cute-cute!

Well Bon Jovi is a great rocker who wrote and performed this song, which highlighted the work of Habitat for Humanity.  I like him a lot.  Crank it up and roll down the windows and sing loud while you are enjoying your neighborhood.  You can go home again!

#5  I’ll Be Home for Christmas, The Carpenters 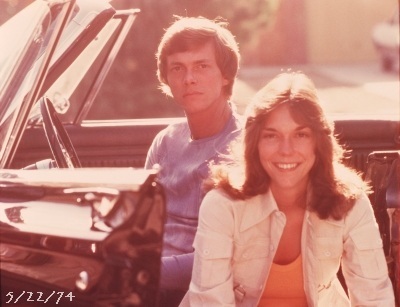 Everybody and their dog has performed this classic Christmas number.  This song, written about a WWII soldier coming home from war for Christmas, was first recorded by Bing Crosby in 1943.  But then the likes of Amy Grant, Anne Murray and Andy Williams recorded it, too.  Other covers were made by the Beach Boys, Smokey Robinson, Frank Sinatra, Barbra Streisand and Brad Paisley.  Neil Diamond, Kenny Chesney and Elvis sang it, too.  Hundreds of people have recorded the song and it is a lovely,melancholy tune recalling, with great affection, the beauty of “home.”  It speaks of a longing, a homesickness, that resonates for all of us when we just wish we could be with the people we love, in a place we’re together.

Dave and I were talking about the renditions we heard most growing up.  And though I feel like I heard the Johnny Mathis version a lot, we determined The Carpenters was the primary version we grew up with, that Karen’s haunting voice was the smooth sound that made this song relevant in the 1970s and beyond.  She interpreted well and as far as songs about home, this one has to be in the mix because, Christmas or not – sometimes dreaming and remembering is the only way we actually get to be with our families, our loves.

Phillip Phillips won 2012 American Idol.  He was good and my pick from early on.  He is very earthy and young, but also sort of timeless and seasoned and when the 2 finalists got to pick a song they’d release in case they won and I saw him perform this song, I was like, “O-my-gosh he will positively win this!”  He just killed this song.  In a good way.

And you know how sometimes when you first hear a song it takes a while to grow on you?  This song was not like that. I loved it immediately!  It speaks of some one making a place for you, a home, a safe place.  LOVE it.

As we roll down this unfamiliar road

And although this wave is stringing us along

Settle down, it’ll all be clear

Don’t pay no mind to the demons

They fill you with fear

If you get lost, you can always be found 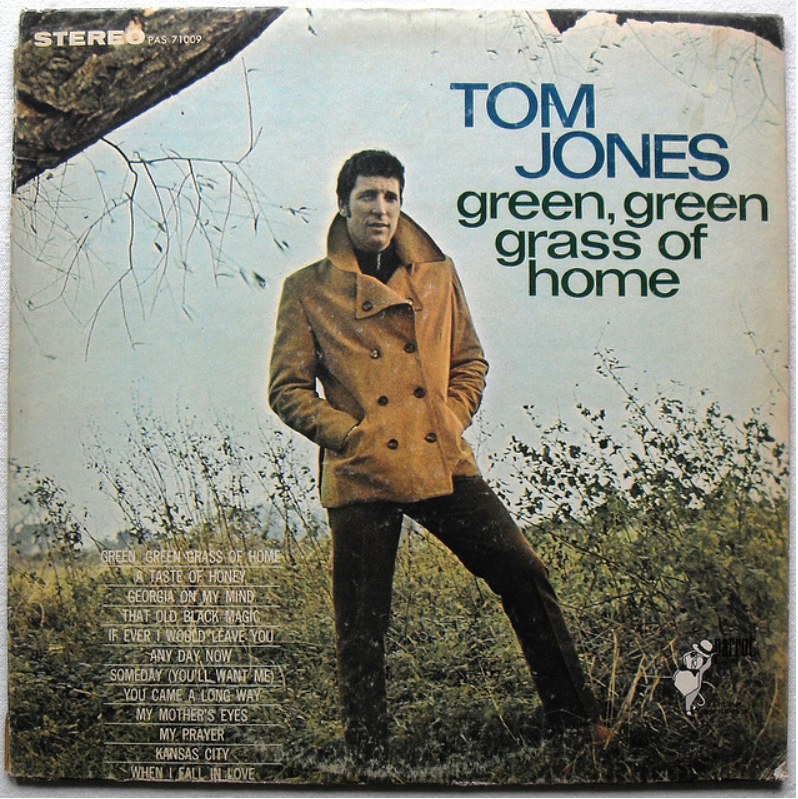 It was the 1960s…and this song just sucked me in. I couldn’t seem to hear it enough back then and the surprise ending got me every. single. time.  Tragic.

Just smooth and sweet, sung by the super-suave crooner of the day.  He is on the road (trying to write her letters) and and he is missing his love and he just wants to get on the plane and go home. 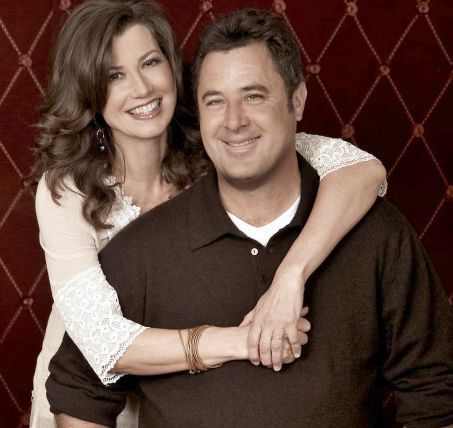 They sang this in 1994 way before they married and I do not really understand the official video (the little house thing?), but I just enjoy this hope-filled song.  I had a friend going through a break-up when this was on the charts and this was the song we prayed through.  And it is a fun song to sing and “the lights are coming on in the house of love.”  And they did for my friend! 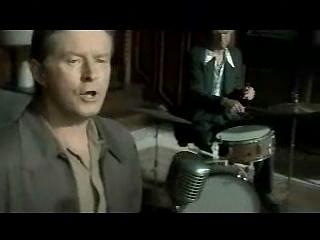 Embedded // the WHOLE playlist, in no particular order:

“For me, home is the coming together of my past memories and experiences, of my love for my children, husband and friends;…my optimism tangibly expressed in life-enhacing ways, room by room…” –Alexandra Stoddard