Stormie and Amber-i like to give their workspace a personal touch.

When you are creative and colorful and you are forced to work in a beige-windowless-cube-filled work space with a bunch of odds and ends people, it is no wonder you look for any and all reasons to cheer up the ol’ cubicle during Christmas!  The lighting is bad, but you can see that Amber and Stormie had their fun being decorative and merry! 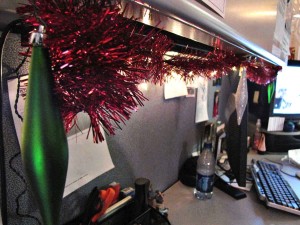 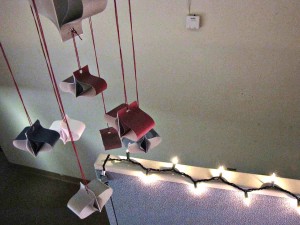 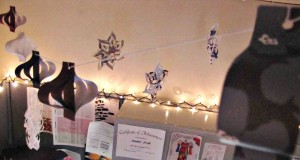 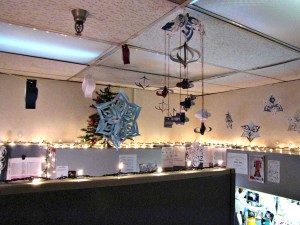 This is where Stormie spends lots of hours making sure the billboards you see all over the country are quite attractive and high-quality in color!

Stormie made a mobile from scraps using a snowflake as the topper.  And has a big paper star over her desk. 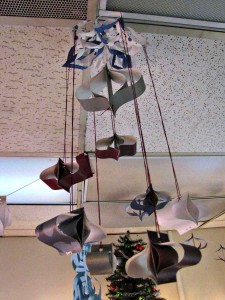 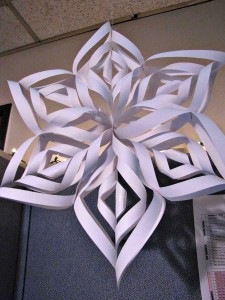 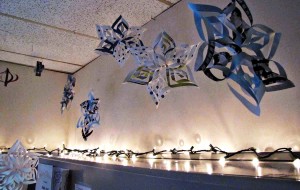 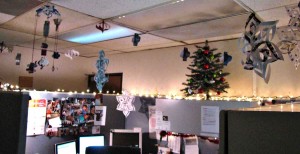 They are so sweet, Stormie and Amber.  They keep mini-candy canes and lots of chocoltae candy around for visitors who drop by.  They are sweet hostesses.  Right there in the windowless cubicle.

The tree is festooned with finger-knitted string garland (which is what Stephanie Kelley, my other uber-creative daughter put all over her large tree at home: finger knitting!  It is all the rage!) 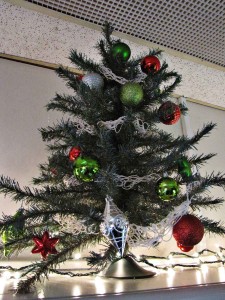 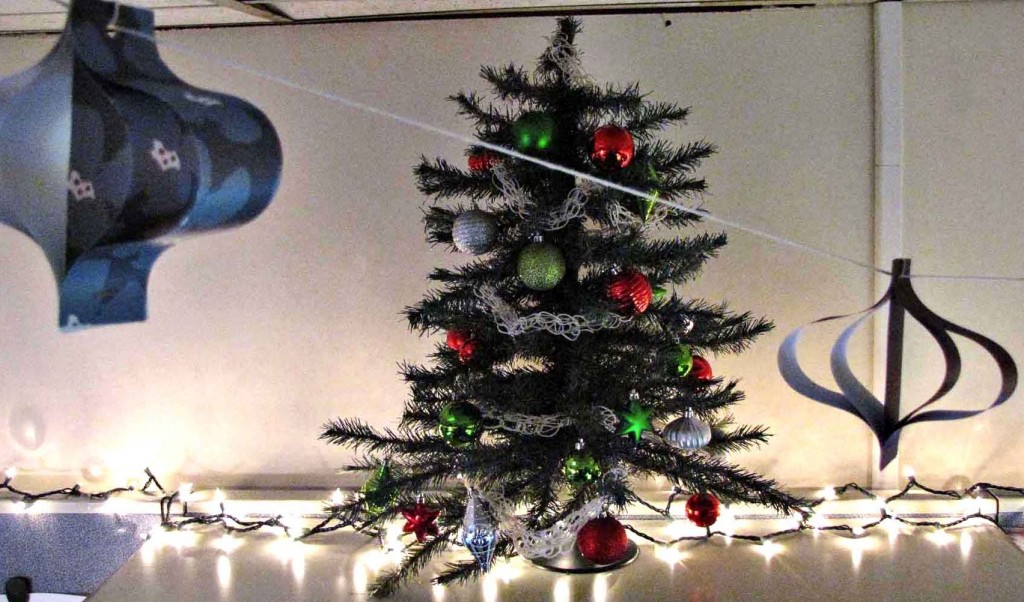 But the pièce-de-résistance?  The merriest part of it all?  Oh yeah, baby~ 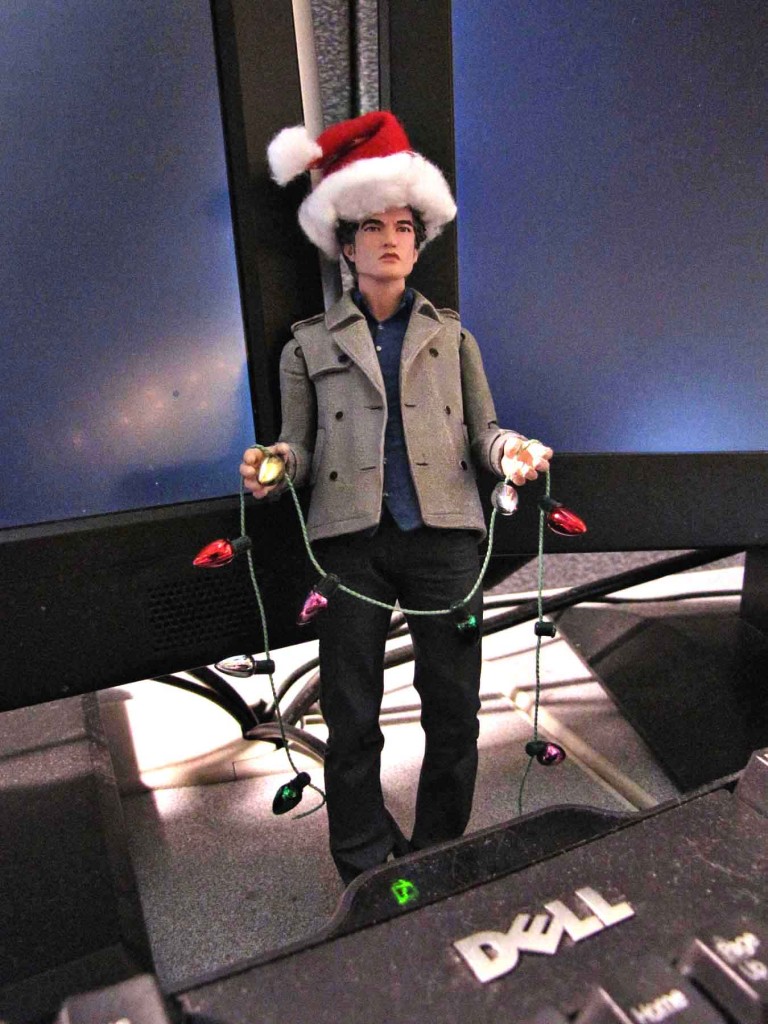 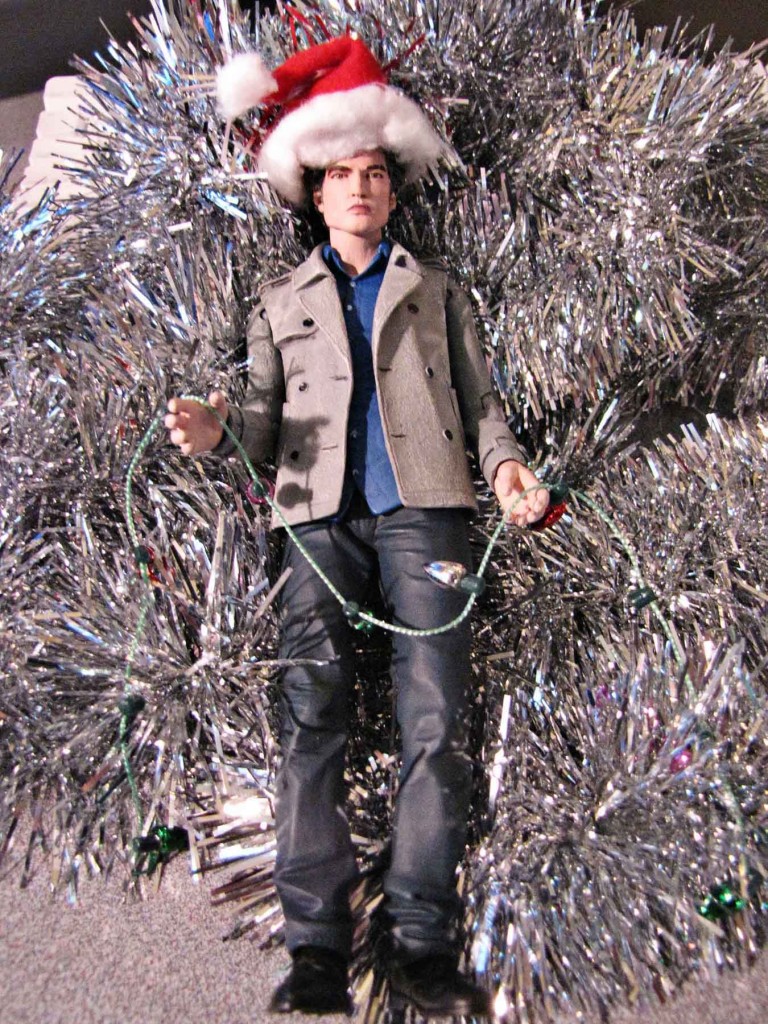 Edward, ready for Christmas!  Q:  Edward looking at you from his spot between the keyboard and the monitor?  Or Edward on a bed of tinsel garland??

What did you do to your work-space??? 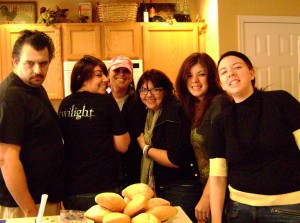