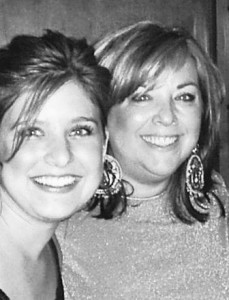 My daughter-in-law, Jovan, just started blogging.   Check it out:   http://jovanrhoades.wordpress.com

And concerning Jovan, yestrday during church, I read a revelatory scripture that so applied to her and I.   The background is that I grew up saying I wanted to have eight boys, no girls-just 8 boys,   After having 4 girls and only one boy, I would kid that Rocky was so “all-boy” God knew he was all I could handle.   Then yesterday, as we were finishing up a series from the Book of Ruth (which I believe should have been called the Book of Naomi, ha!), I read this (Naomi’s friends were celebrating the new grandson and the restoration God had brought Naomi, calling her to praise Him for it):

“For your daughter-in-law, who loves you, and is better to you than seven sons…”

And this is true.   Jovan loves me and I love her.   And God has revealed without a doubt that she is better than seven more sons would have been.   She is better.

And, Julie is now blogging.   I have only spoken with Julie in person one time, but we have a lot of connection both through common friends and spiritually.   She is a young pastor’s wife with a strong heart after the things of God.   I’m impressed by her commitment to raise her children for God, for His intent for their lives and for choosing a surrendered life.   I think you’ll like her heart, too.   http://surrenderedandsurrounded.blogspot.com

3 thoughts on “Two New Blogs in the “J” Section”