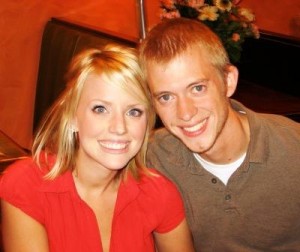 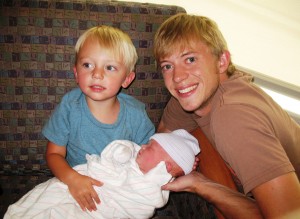 Dave’s birthday post from last year can be seen here.

Happy Birthday, Dave, son-of-my-heart.   Happy birthday to a man who is both steady, worthy of trust and wildly abandoned and pliable and in the hands of God.   Happy day to some one who is youthful and adventurous, with ears to hear the Spirit of God and eyes to see what God is up to on the earth.   Happy and blessed days to an unassuming  guy who holds the keys to the very heart of God, as well as to our own hearts.   I don’t think people can know just by looking, perhaps not  until they have been in a room with you – the depth of character and the strength in spirit you carry.

Last night, at our family celebration (Tredessa’s birthday,  your birthday and Father’s Day for you and dad and Tris and Rock), the film clip I chose for you seemed so obvious to me, I thought everyone would  select it.   And I cannot help but keep coming back to the parallels between the movie, Indiana Jones  and the Last Crusade,  and the prophet Elisha and you.

Let me share a few of my thoughts:  Indiana Jones, in  finding the Holy Grail, chose wisely.   He saw the humility in the cup of a carpenter and though the other cups were regal and embellished and valuable, he understood what the greedy could not.   And I see you in that.   I can see the great cloud of witnesses in the heavenlies watching your life like an exciting soccer game.   They are like, “Yes! Alright-he chose wisely!”   And that is what I see you doing repeatedly.: Choosing wisely.   You chose a good wife, you are choosing a good and godly  life, you are choosing to raise your son with love and affirmation and empowerment according to God’s revealed plan for him.   You’re a good chooser.

But before Indiana actually got to the carpenter’s cup, he had to cross a great chasm.   You feel the anguish of his dilemma as he knows how close he is to the treasure, to the Grail.   But it is a long rocky descent and there is nothing that can be seen that would save him from certain destruction.   He stands on a cliff edge deciding what he’ll do.   You hear the voices of his comrade: Hurry, Indie, you must hurry.   His father, who had been kidnapped by the Nazi’s to get Indiana in on the hunt for the Holy Grail,  will die  unless Indie succeeds.   His dad is praying, “Believe boy, you have got to believe.”   And no matter how many times I see the movie, that step of faith he takes, the first step, that crazy are-you-out-of-your-mind step always reminds me of what living by faith (and not by sight) is all about.   And I have watched you over these past two years, especially, open the acient book like Indie (only yours is The Book), read it, decide to believe and take a step and God has met your foot everytime.

I am telling you this today:  God is going to meet the step you are taking today and tomorrow and over the next 40 days.   Your foot will not slip.   And that, my sweet son was a prophetic word that rose up as I was typing! (See Psalm 121 – Lift up your eyes to the hills so you can see where your help is coming from, God won’t sleep through this!)

I have seen it with my own eyes.   I am a witness to your life and God’s great work in it.   I have watched God repeatedly call on you to do the impossible and He has given you level ground each time.   But you’ve gone willingly.   That is how you remind me of Indiana Jones. 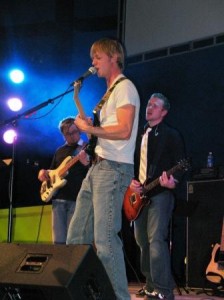 That brings me to Elisha and comes partly from reading some 2 Kings yesterday.   He is interesting, but I know less about him than Elijah, his predecessor – which is  weird because Elisha did twice as many miracles.   Even after he died, a dead man thrown into his grave was brought back to life.   But I have been thinking about it – and I really see Elisha’s character in you: he was generally thought of as less crusty than Elijah.   He was powerrful enough to to perform miraculous feats, yet gentle and sensitive to the condition of the people, weeping over their fate.   He was a servant minister to Elijah, yet a powerful prophet of esteem in his own right, the mantle given him by Elijah after God chose him.

And it occurs to me that in both these men, there was a father-son relationship.   Indiana’s own dad had been kidnapped, but Indiana was risking everything to save him.   Elisha submitted himself to Elijah, his spiritual father.   These were both good and honoring sons.   They both committed themselves to sonship.   And so, they inherited everything the father had.

And on your birthday, I want to tell you what a good son you are.   I want you to know that we see the spirit of sonship in you toward your earthly fathers, spiritual fathers.   And we see that you have submitted your heart to the Father as a son who welcomes the training and discipline that comes with that.   That is why, today and all your days, you will walk in the inheritance of the Father.   All He has is yours.   And I wonder if your anointing might not pull some earthly fathers back from the brink, out of bondage?

I love you, son (your silly side, too)…Mom 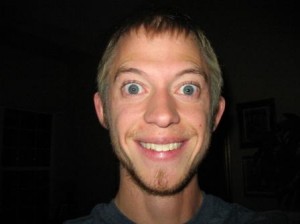 http://youtube.com/watch?v=ezQD30TqZuA&feature=related   Dave and Tara singing at Pure By Choice, a Catholic Youth Conference 2007