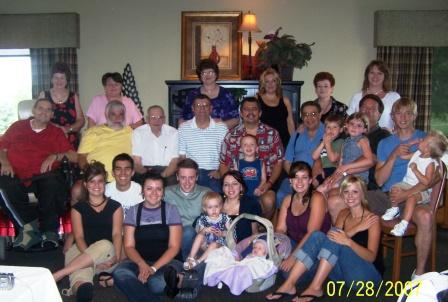 They came from Kansas and Missouri and Vegas and Oregon.  It wasn’t a large group this time.  The only “nexgen” cousins were my kids and their kids (and Debbie and Mark’s 2 cuties).  But my husband’s siblings and spouses and his dad got together over the period of a week in late July in various groups and increments which culminated at a country club in Eaton, Colorado that weekend with the whole kit-and-caboodle of us.

It was a sweet and blessed time when we all got a little more vulnerable with each other and promised to stay in touch better (and we are not doing too well on that, actually, yet) and other than Dale’s wife, Linda (Rhoades of Oregon), getting mauled by Garry’s dog and being rushed for stitches in her hand by ambulance, all were well and healthy and traveled uneventfully.  Maybe the dog just bit her, but I like the color of the word maul. I hope that is healing well. I really enjoyed getting better acquainted with Linda this time.  She is delightful and I know her well enough to tell you: she really needs the use of her hands. 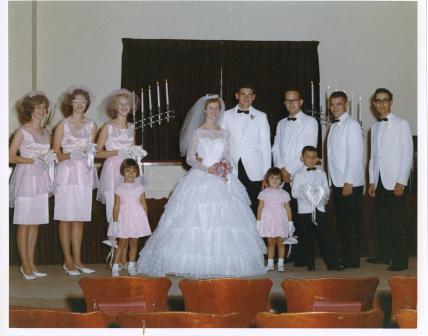 Everybody brought photo albums to share and some one had the really good idea to bring the very old albums.  Dave brought his computer and scanner and we were able to scan Sandra and Larry’s (Nenstiel of Vegas) and Garry & Sharon’s (Rhoades of Colorado) wedding photos from the 1960’s when Dave was a baby and later a ring bearer.  We’d never had any of these, so now we have this huge treasure of family photos we’d never have known about, many in black and white.  It’s like – my husband now has possession of more of his history, memories that were below the surface have had a light shined on them and are emerging.

Sharon (Morrison of Missouri at the time, but who just moved to Washington) got everybody submitting pictures of cakes they have made and decorated over the years and is turning that into a family history of sorts.  That was all the fuel I needed for my Ace of Cakes obsession (see my shameless cake promotion here and here, here and here).  Some of these I have just done recently, but believe me,  Sharon will be getting photos for her cake album!  After all the work you put into decorating a cake, it gets cut to pieces and scraped into the trash. But dear, sweet Sharon will honor it and make everyone she knows look at the pictures and all of our hard work will live on in infamy.  Her husband Ray (Morrison of Missouri until he moved to Washington this month) is the greatest guy.  He is truly a big brother to my husband and all of our kids adore him. 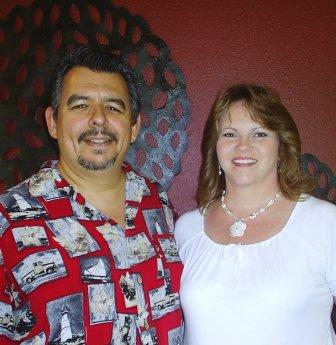 Debbie and Mark (Thomas of Kansas) brought tomatoes from the family farm which were so wonderful I wrote about them previously!  Debbie’s the “baby” of the family and special to Dave.  We were able to get some pics of them together that are so great: big brother and little sister, always.  Mark is a fireman and a gentleman.  They have the cutest kids and it is so good to see God’s favor on them.

Sandra and Larry (Nenstiel of Vegas) are big sister and brother to the whole group, really taking a leading role in strengthening family bonds, gently nudging us together and watching out for us.

Uncle Dale of Oregon, the rough outdoorsman/sportsman sews, we found out and helps a friend with her wedding dress business.  Grandpa Rhoades, in his late 80s, still has girlfriends.  Ray & Sharon really liked the rocked-out Whitewater service complete with smoke machines and crazy lights, when they attended church with us where Rocky was leading worship just before heading home.

My husband was adopted into a good family.  The Rhoadeses are just good people!

NOTE TO SELF:  Get on it and start writing and calling family more!  Make Dave do it, too.

Pictured:The whole group of us at the country club;  Garry & Sharon’s wedding in the 60s – Dave was the ringbearer;  Dave and his baby sister, Debbie; the 6 Rhoades siblings – Dale, Garry, Sandra, and Sharon are seated, Dave & Debbie are standing behind; Dale and Dave with their dad, Raymond Rhoades; me flanked by sisters-in-law Sharon and Sandra